Posted on January 8, 2015 Categories Fresh Fruit, Out and About

Out and About: Apple Picking and Sauce

Home » Out and About: Apple Picking and Sauce

A review of a day spent Hudson Valley apple picking. After we got home I made homemade apple sauce that is fast and easy to make. 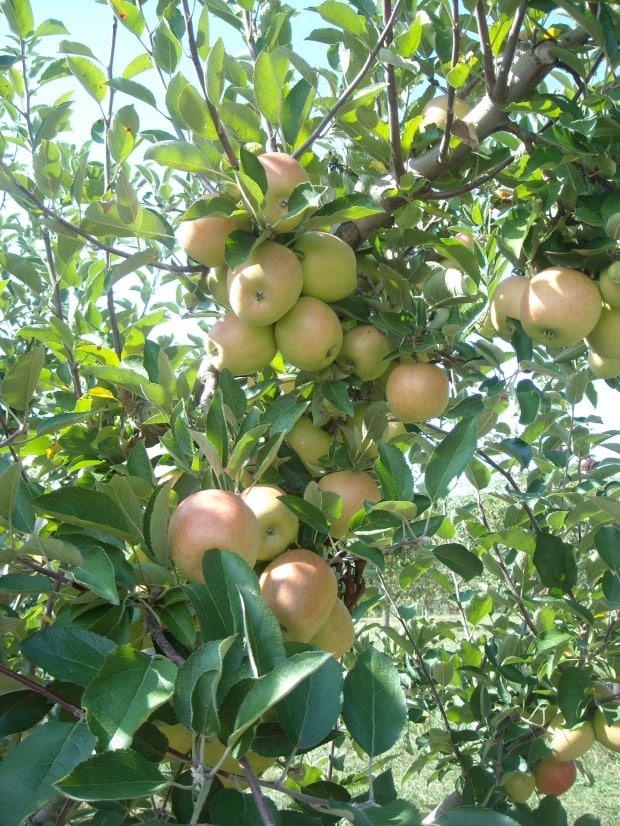 Fall is here! Hooray! This is my absolute favorite time of the year. Here are a few reasons: 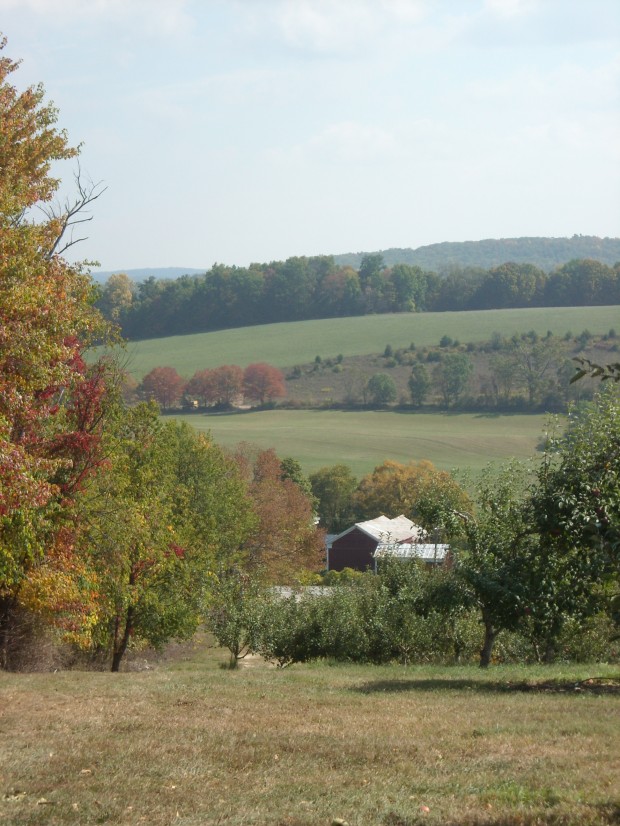 Ok ok ok. Enough about why I love Fall. But as you can see, my list pretty much sums up why you should love Fall 🙂

Last weekend Mr.NN and I decided we would go apple picking. Wanna know a little confession? This was my first time. Yes ladies and gentleman, I had never been apple picking before. Of course the day we pick to apple pick it’s 85 degrees BUT I was not going to let that ruin my outing. The orchard was gorgeous and surprisingly not busy. Nothing would have annoyed me faster than trying to beat down someone for an apple I spied. Well….I probably wouldn’t “beat down” someone but I might grumble loudly 🙂 This would be a good time to point out that I have very little patience when it comes to dealing with people in large crowds. Just thought you might like to know that 😉 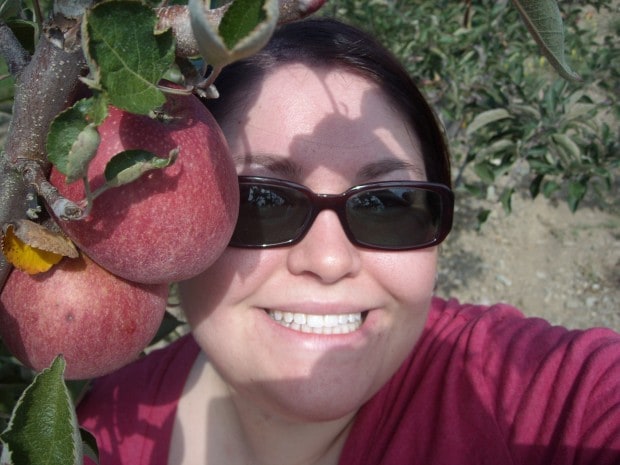 So after an hour of picking random apples and filling our bag we decided it was time to call it a day. However, we wanted to make sure and stop and pick up some cider before we left. Can I just say it was some of the BEST cider I have ever tasted. It was ice cold and tasted just like biting into an apple. Now I have over 20 pounds of apples sitting in my kitchen. I certainty was not going to let them go bad so I decided to make some applesauce. I did a very easy simple recipe that really has very little directions. 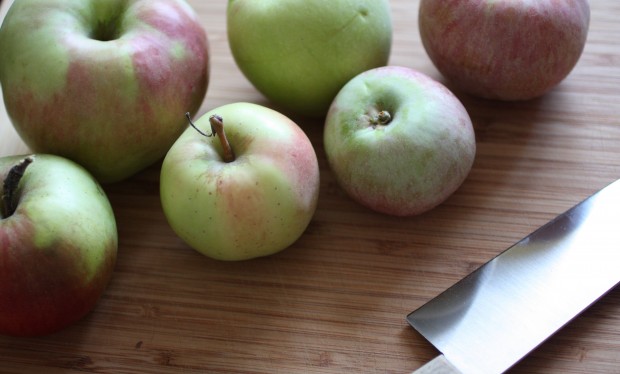 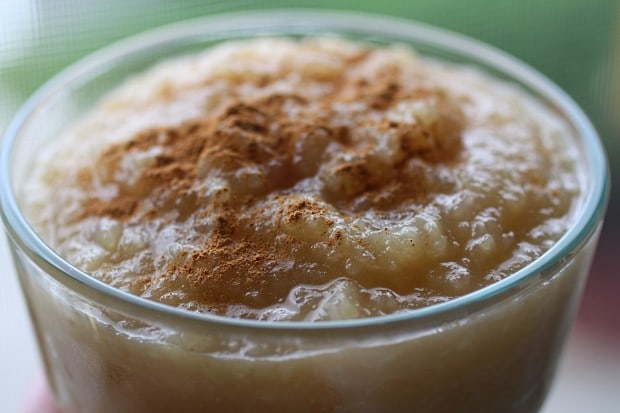 Put apples in whatever size pot you would like. Pour in apple cider until it reaches about 3/4 of the way over the apples. You don’t want to submerge your apples or your sauce will be way too thin. Throw in your whole spices and cook on medium heat for approximately 30 minutes until your apples are soft. Take out the whole spices and use a potato masher and smash the apples in the pan until you reach a smooth consistency. Then let your sauce bubble a little longer in the pot, pull off heat and enjoy.

– I made a 5 quart pot of apple sauce and I used three whole cinnamon sticks, 5 cloves and 2 star anise. Feel free to use more or less depending on the amount of sauce you are making. 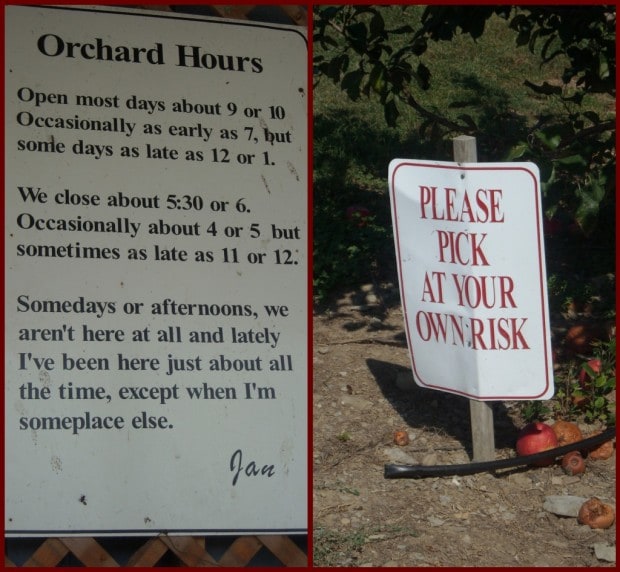 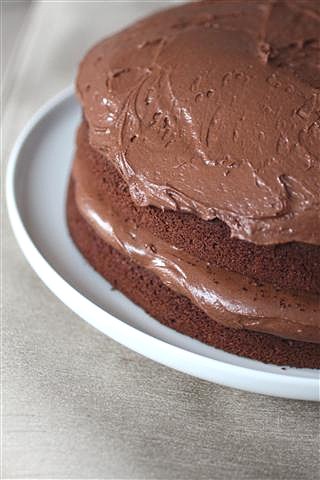 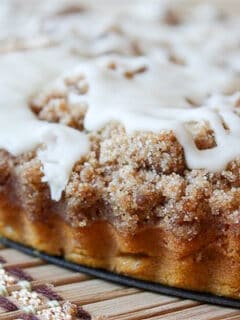 I was all excited for a minute because there's a Terhune's not 10 minutes from me. Guess there's more than one.

Apple-picking is one of my favorite fall activities! What a fun time!

Nothing beats homemade applesauce! I'm going to a farm this weekend to get me some apples and cider. I love this time of the year too!

Love the photo of you with the apples! Looks like a fun day.

Love those fresh apples. I wish I could have a chance to try pick them, it's fantastic. Love it.