This cardamom yogurt pudding is scented with vanilla, drizzled with a homemade cinnamon honey syrup and topped with fresh orange segments. 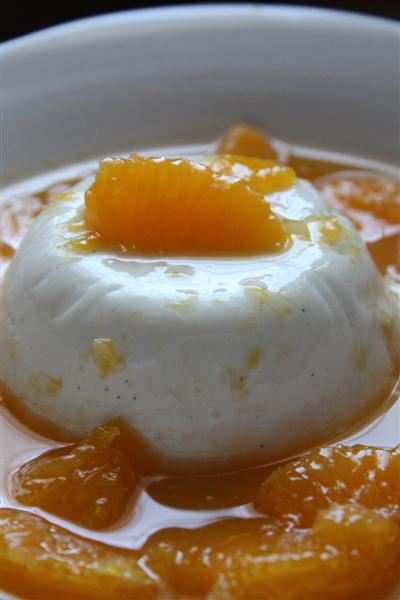 I have been out of the BSI loop for awhile now but when I saw my friend Faith over at Thought 4 Food was hosting and the secret ingredient was yogurt I knew I had to come up with something.

I perused my many magazines, cookbooks and internet food websites to finally settle on making a yogurt pudding flavored with cardamom.  I had never used cardamom before.  Not because I was scared I wouldn’t like it, I was scared of the cost. I had seen it many times at the natural market and would think “$42.99 a pound…is this stuff gold?” (Actually gold would be a heck of a lot more but you get where my mind was going)  Then it occurred to me “Why in the world would I need a pound of this stuff I can just buy a little since it’s in bulk?”  So yesterday I went in, grabbed a small plastic baggie, filled it with just a smidgen of spice, tied a twister around it and paid a whopping .42 cents. 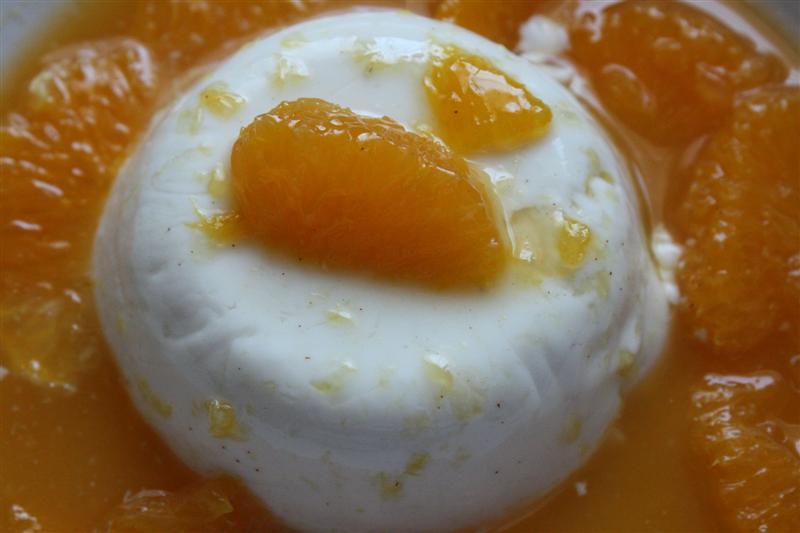 Making the pudding was fairly simple.  It consists of plain Greek yogurt, vanilla, sugar and cardamom.  It sets up with the help of unflavored gelatin.  I was scared mine would not come out of the ramekin nicely but if you set it in a bowl of hot water before trying to get it out it truly does help.

The syrup is one of the tastiest things I have ever made in my kitchen.  It mixes fresh squeezed orange juice, orange blossom honey and cinnamon. Delicious! It’s sweet yet does not overpower the dessert. While I was simmering my syrup the smell that filled my kitchen was amazing. If only I could have bottled that scent and sold it.

The taste of the yogurt pudding was fantastic.  It was sweet with a hint of vanilla and the cardamom really helped round out the flavors and took the dessert from plain to extraordinary.  The texture of the yogurt pudding reminded me of a mix between a flan and a pudding but I didn’t mind because it was delicious 🙂 After I took the yogurt out of its ramekin I topped with the cooled syrup and orange segments.  Enjoy!!! 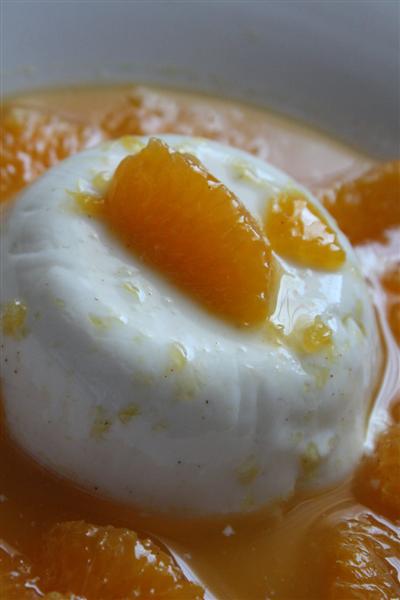 Whisk together yogurt, sugar, and vanilla in a small bowl until sugar is dissolved. Put water in a very small saucepan and tilt pan so that water is on one side, then sprinkle gelatin and cardamom evenly over water. Let stand 1 minute to soften. Heat mixture over low heat, stirring, until gelatin is dissolved, about 30 seconds. Whisk hot gelatin into yogurt until combined well. Pour yogurt into a 1 cup ramekin and chill, covered, until set, about 1 1/2 hours or overnight.

While yogurt is chilling, cut peel and white pith from orange with a sharp knife. Working over a small bowl, cut segments free from membranes from half of orange, letting segments fall into bowl, then squeeze 1 tablespoon juice from remaining half of orange and, if necessary, from membranes.

Bring orange juice, honey, and cinnamon to a simmer in cleaned very small saucepan, stirring, then simmer until reduced to about 1 tablespoon, about 1 minute. Add orange segments to syrup, gently stirring to coat. Cool to room temperature, about 10 minutes.

Run a thin knife around edge of ramekin to loosen pudding, then dip ramekin into a bowl of hot water 30 seconds and invert pudding onto a plate. Spoon syrup over pudding and arrange orange around side. 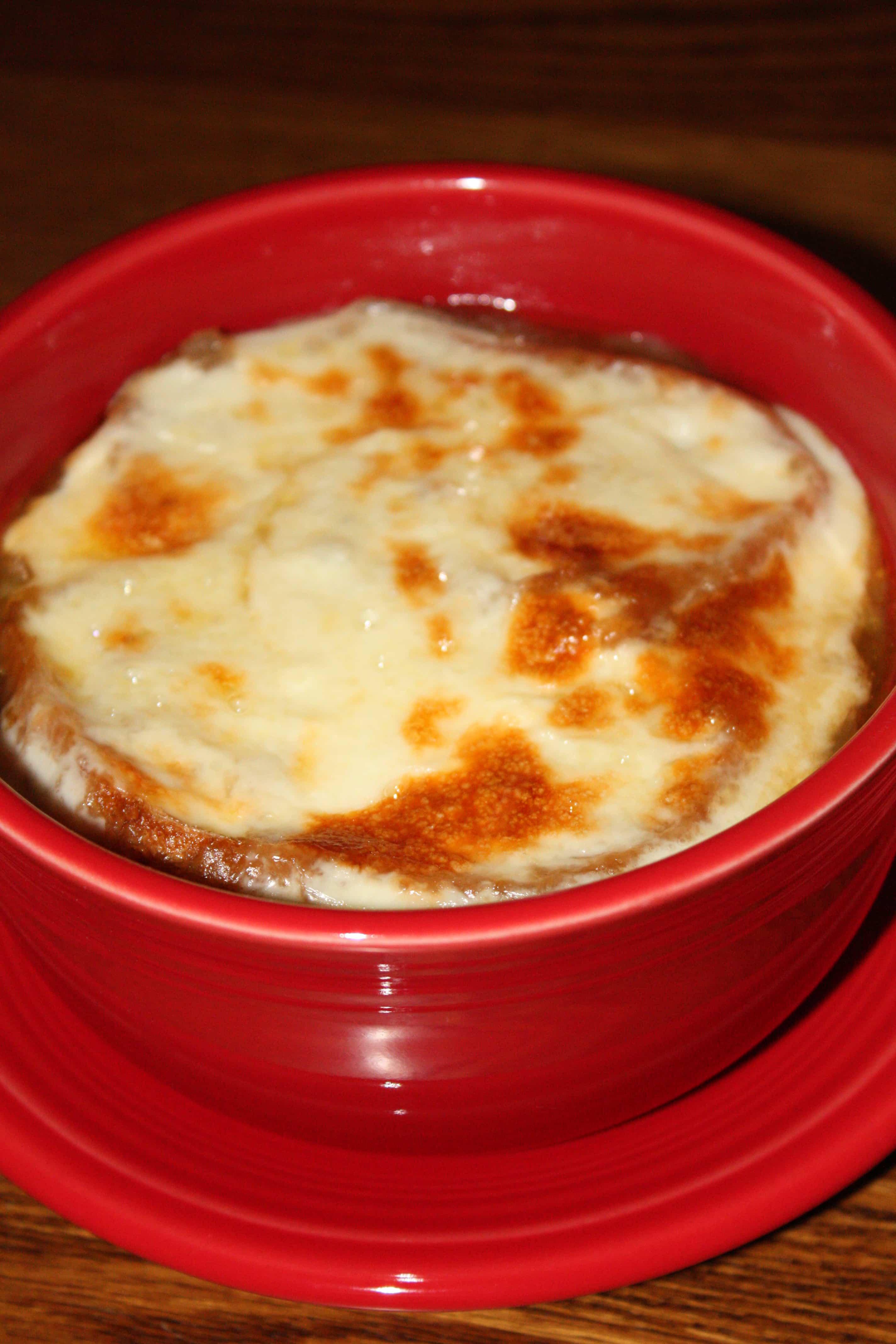 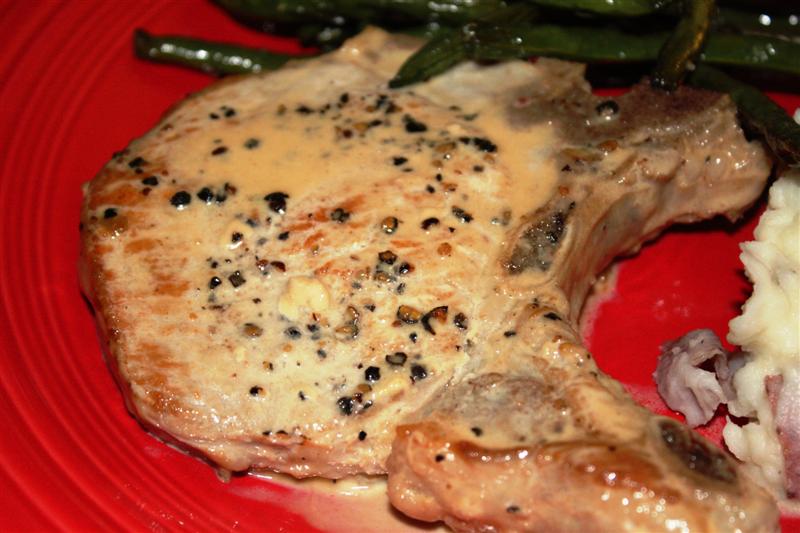 oh this looks great - would be great with cranberries too! blessings! http://bit.ly/sagQsL

This looks great. I have never tried making anything like this. I will try now!

I adore anything with cardamom. It is such a lovely, round flavored spice. It is lovely in puddings, and with yogurt I bet it is divine! Tangy flavors go well with cardamom! Yum!!

URGH! I totally forgot abt last week's BSI. But AWESOME entry, though! That thing is definitely making yogurt a star!

Wow, my lovie...this is absolutely beautiful! I want to taste it so badly! I hear ya about the cardamom...I passed on a jar that was ~$17. and was lucky enough to be gifted with some from a good foodie-blogger friend! I'm glad you were able to get enough for your dish...and for close to nothing. Sounds amazing.