This post brought to you by Cooper Cheese. All opinions are 100% mine. 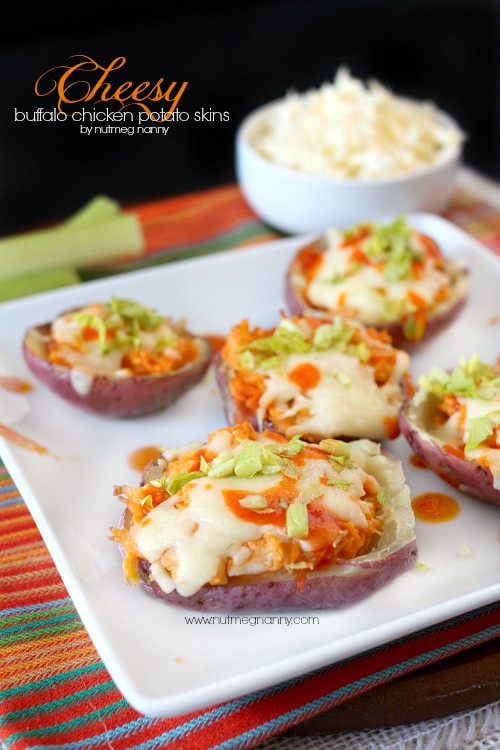 When I was a kid I didn’t eat a lot of cheese unless it came from on top of a piece of a pizza. I was not one to cut off a hunk of cheese and just eat it plain. Then I grew up and became an adult. Now I eat cheese like it’s going out of style. If you took a look inside my cheese drawer right now you would wonder how it’s possibly for only 2 adults to eat all that cheese. I really need help.

Before you send someone over to stage an intervention let me finish all the delicious Cooper deli cheese that was just delivered to my house. When I was asked to make something with their cheese I was all in. Then there was a knock at my door and UPS man holding a very big box. He handed it to my husband who promptly said “What in the heck is in this box? It weights a ton!” Then I opened it up and found 30 pounds of cheese. Yes, you read that right – 30 pounds. Luckily for me Cooper cheese has been around since 1893 so they know something about good tasting cheese.

So, now it was time I figure out what to make with all my cheese. Would I throw it on pizza? Would I make a ton of different grilled cheese sandwiches? Yes to both but before I did that I decided potato skins were in order. Growing up my step-mom used to make homemade potato skins for holiday and party gatherings. To be completely honest I prefer them homemade. They are not fried and greasy instead they are pillowy and super stuffed. And I can customize them in any way I want. This time around I went the buffalo chicken route. Totally flavorful and perfect for any party. 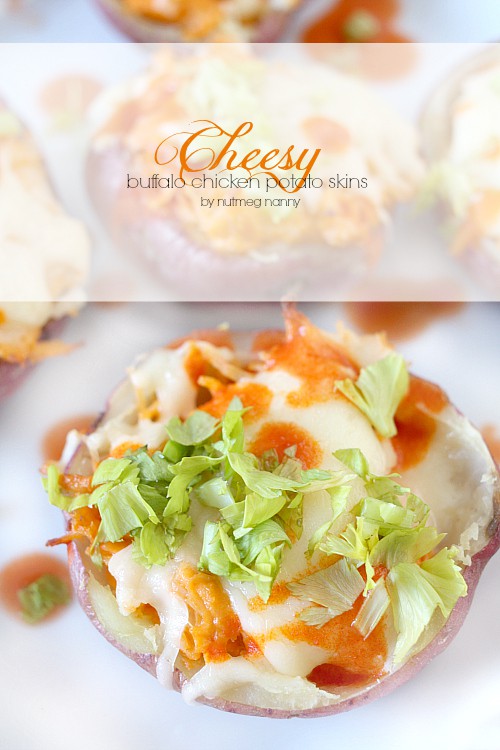 Cut baked potatoes in half and scoop out center. Leave a little potato around the edges so you can still have a supportive shell that will hold all the stuffing.

Set a large skillet over medium heat and add cream cheese. Let the cream cheese soften and then stir to make it smooth.

Dump in chicken and 1/2 cup of the shredded cheese. Stir to completely combine. The mixture should be creamy and slightly spicy.

Stuff each potato half with buffalo chicken filling. Top with remaining shredded cheese.

Add to the oven and bake for about 15 minutes until the cheese is melted.

Dash with a little extra Frank's Red Hot and a sprinkle of chopped celery leaves. 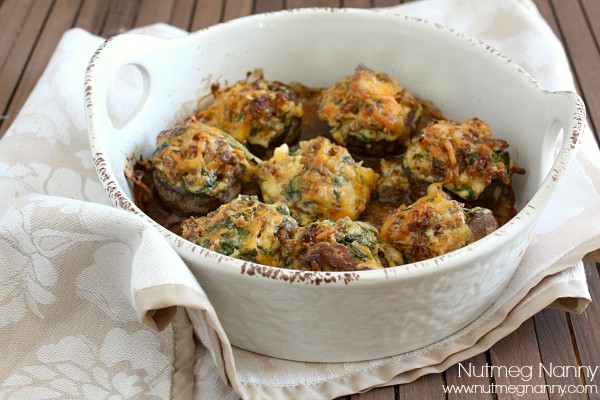 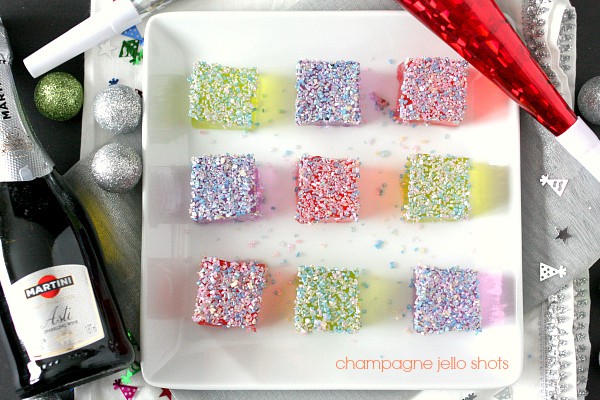 […] is my third post using Cooper deli cheese (I also made ham and cheese scones and cheesy buffalo chicken potato skins!) and it worked perfectly in these stuffed breasts! I also threw in a little chopped broccoli […]

Nikki @Seeded at the Table

Um, hello! I'll take the entire plate of these at your party! ;)

I think this is just the perfect way to use up all that cheese! These look perfect for Superbowl Sunday :)