This gluten free chicken tikka masala pizza is the perfect gluten free addition to your pizza night. Full of Indian flavor and super easy to throw together. 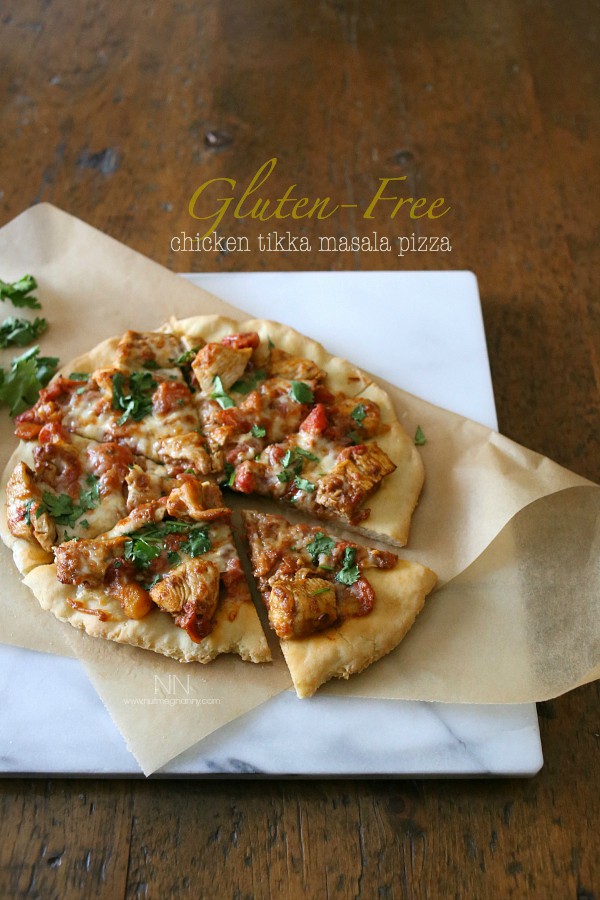 I have had a thing for pizza lately. Last week it was chicken souvlaki pizza and this week it’s chicken tikka masala pizza….hello flavor!

I didn’t try Indian food until I was 21 years old and I immediately feel in love. The first dish I had was a delicious curried chickpea appetizer that was so spicy I thought my stomach was on fire. I know it sounds weird but I seriously loved it. I’m not a fan of the type of heat that burns your lips but the type that burns your stomach, sign me up!

I of course tried some chicken tikka masala because it would be so un-American of me to not give it a try. I order it up nice a spicy and sopped it up with buttery naan and lots of cardamom scented rice.

I totally feel head over heels in love. 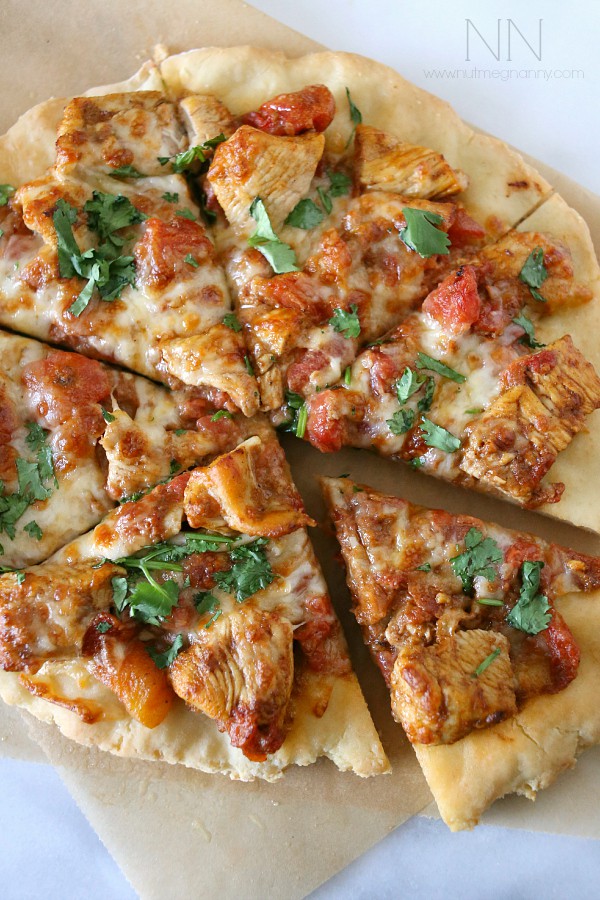 I left my tomatoes chunky in the chicken tikka masala because I thought it would play nicely on the pizza. It created a nice “sauce” that was reminiscent of the texture of marinara.

The best part about this pizza is that it’s gluten free. While my husband and I don’t always eat gluten free I have a lot of family members are GF and I think it’s important to include everyone during homemade pizza night. At first I was worried the gluten free pizza crust mix

would be dense and not give the “chew” that I’m normally looking for in pizza crust.

uses yeast in their mix you still get that nice rise and chew that you get in traditional crust. In fact, my husband said that if I didn’t tell him it was GF he wouldn’t have guessed! 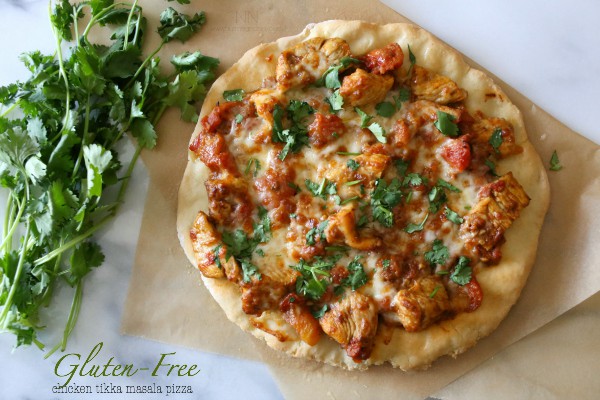 This gluten free chicken tikka masala pizza is the perfect gluten free addition to your pizza night. Full of Indian flavor and super easy to throw together.

combine dry mix, yeast, water and oil. Mix on medium for 15-30 seconds until the dough is completely combined. Dough will look sticky.

Scrape down dough in a bowl into a ball, lightly oil the top, cover with plastic wrap and let rise for 1-2 hours, or until double in size.

Divide dough in half and add half to each prepared baking sheet. Lightly dust the top of the dough and gently pat out the pizza into a 10 inch round. If your hands get too sticky simple sprinkle the dough with a little more GF flour.

Once the dough is formed add the plain pizza crust to the oven and bake for 8-10 minutes until you see just a hint of brown around the edges.

Remove from the oven and top with desired toppings. Because you prebake this crust all the toppings you use must be precooked as they are just being reheated in the oven instead of fully cooking.

Once marinaded add 1 tablespoon olive oil to a skillet set over medium high heat. Once the oil is hot add in the chicken.

Sauté until no longer pink and add in another tablespoon of olive oil (if needed) garlic, ginger and crushed red pepper. Cook for about 30 seconds until fragrant.

Add in tomatoes and gently simmer mixture for about 5 minutes. This will help infuse the tomatoes will all that awesome spicy flavor.

Pour in sauce and stir to combine. Gently simmer for another 5 minutes.

At this point the sauce should not be too runny. We want a thicker sauce so it covers the pizza nicely without being runny.

Top each pre-baked pizza crust with desired amount of chicken tikka masala. Try not to add too much sauce as you don't want the pizza to be runny with sauce. Top each pizza with 1/4 cup shredded cheese.

Bake in the 475 degree oven for just a few minutes until the cheese is melted and bubbly.

Remove the pizza from the oven and sprinkle with cilantro.

Disclosure: This recipe was developed for the awesome folks at Pamela’s. All opinions and thoughts are 100% my own. Thank you for supporting my recipes while I work with companies I love. 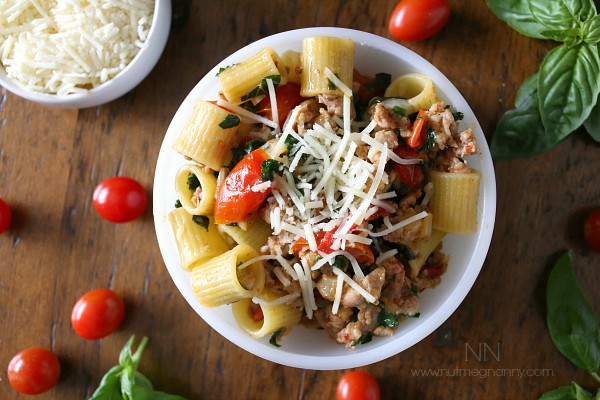 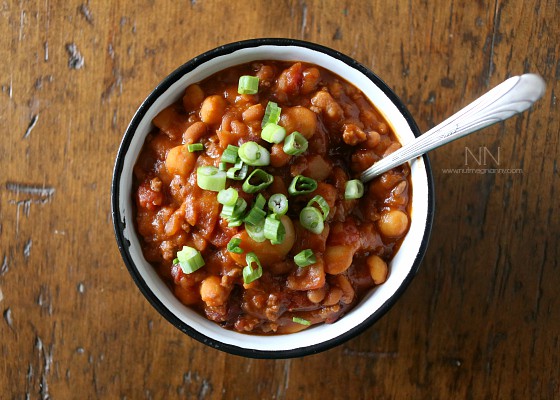 […] muscle repair and carbs to ensure that you wake up tomorrow ready to keep training! Pizza fiend? Gluten free Chicken Tikka Masala Pizza from NutMegNanny (pizza is a go to before long runs around here!) Polenta Casserole {my current one […]

[…] made this chicken tikka masala out of a craving for Indian food and the desire to give gluten free pizza crust a pie. It turned […]