This post brought to you by Simply Potatoes. All opinions are 100% mine. 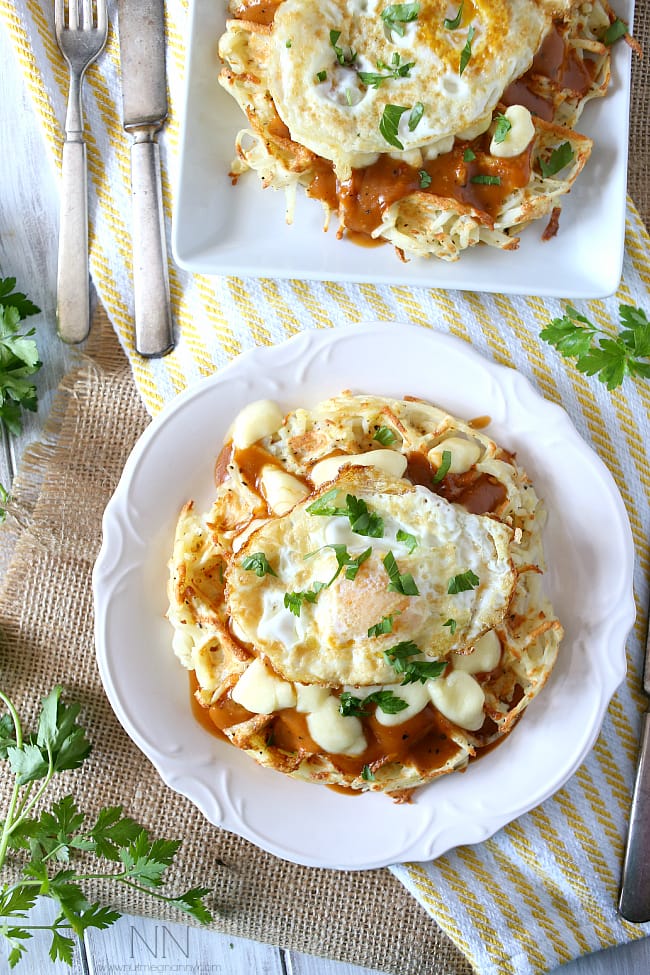 Years ago my husband and I went on a cruise to Canada. Lets just say we were the only people on that cruise that was under the age of 60. Apparently young folks don’t like going north? I don’t know, I wanted to go just to see the pretty leaves. I’m such a sucker for fall foliage.

One day on the trip we were walking through a little market and saw they were selling poutine. I was totally intrigued because I had heard of poutine before but had never had it. I had experience disco fries which is what I consider to be the closest east coast relative to poutine. Disco fries are hot fries covered in gravy and melted cheese. Poutine is hot fries covered in gravy and cheese curds. See? Totally similar…but weirdly different at the same time. Personally I think poutine is better. I think it’s the curds. 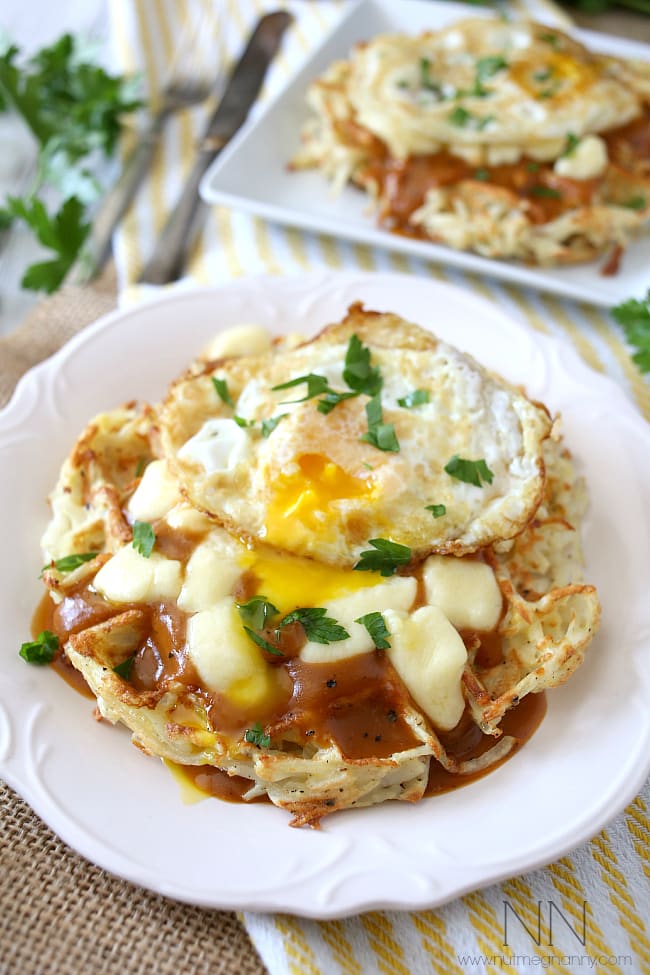 This recipe is a throw back to my time eating massive amount of poutine except I gave it a breakfast twist. I used some Simply Potatoes hash browns and threw them in the waffle iron. They turned out crispy, golden and perfect for breakfast. I then topped it with a little homemade gravy and some totally authentic cheddar cheese curds. Sooooooo incredibly perfect for breakfast or breakfast for dinner. Which is basically my favorite thing ever.

I kept the potato mixture pretty basic but you could easily sneak in some peppers, onions or any other vegetables you happen to be craving. I like to think of it as a great way to sneak in some veggies to the kids who might not be super thrilled about eating them plain. 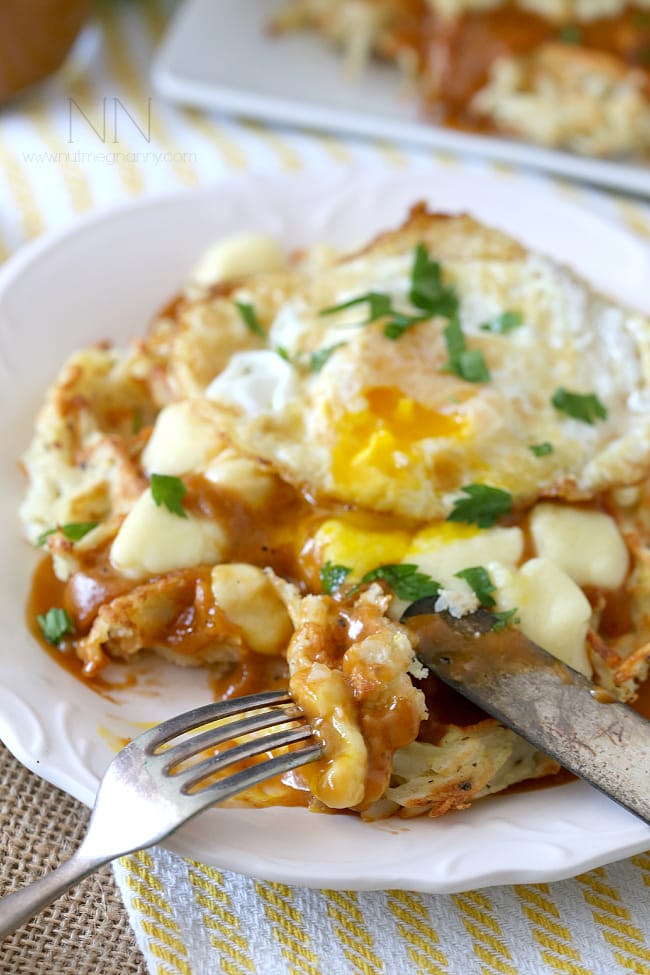 Mix all ingredients together in a large bowl.

Add to waffles iron and cook until crispy and brown. This will take longer than normal waffles. I popped mine open a few times to see their doneness.

For gravy:
While you are cooking your hash brown waffles start to prepare the gravy.

In a skillet set over medium high heat add stock, butter, pepper, garlic and onion powder. Bring to a boil.

Mix cold water and cornstarch together to create a runny mixture. Slowly pour mixture into the gravy and stir continuously. Let the mixture boil for a few minutes (keep stirring!) until thick. Remove from heat and let sit for a few minutes to thicken some more.

For topping:
Once the waffles are cooked top with hot gravy, cheese curds (the heat from the gravy should melt them) and top with a fried egg.

Looking for some Simply Potatoes Favorites or maby some super yummy pins? Follow Simply Potatoes on Pinterest. Simply potatoes makes even more than just hashbrowns! See what was availble at my local store!

[…] Poutine Hash Brown Waffles: I am just drooling over this take on a popular cheese curd dish. […]

Hash brown waffles are the best! You totally took them to new heights with the poutine addition...and the fried egg/runny yolk! Seriously incredible.