These 100% homemade maple baked beans are packed full of navy beans, maple syrup and thick sliced bacon. They are hearty and perfect for summer or winter. 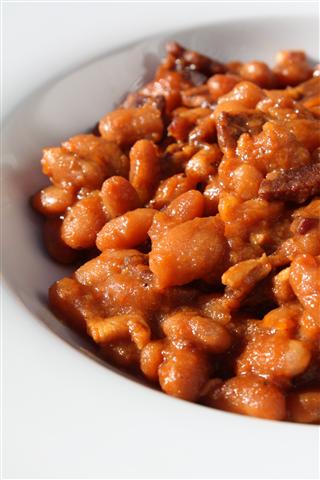 Growing up baked beans were always found at the holiday table. I was usually found next to the dish picking the bacon off the top, eating the bacon and then running away so my grandmother would not know that it was me that stole it.  Somehow she still always knew it was me.

Now truth be told, except for the bacon, I’m not a huge fan of baked beans. Now there is nothing really wrong with them, they are just not my favorite.  Especially beans from a can….gross!  However, these beans totally changed my mind!  They had just a slight hint of sweetness, lot of bacon and tons of delicious baked bean flavor.  They do take some time to make, but if you have the time I would recommend it. They would be a fantastic addition to any Thanksgiving table.  I used an oven to bake my beans but I think a crock pot would work nicely too.  Going this route might be nice because it would free up the oven.

These 100% homemade maple baked beans are packed full of navy beans, maple syrup and thick sliced bacon. They are hearty and perfect for summer or winter.

In a large pan, cover the beans with water. Bring to a boil and simmer until tender, about 1 hour. Once tender, pour out and strain. Set aside.

In a large skillet fry bacon until brown and a little crispy. Remove bacon to paper towel lined plate but leave grease in pan.

Saute onion in bacon grease until soft and translucent.

Add just enough boiling water to the pot to cover everything.

Cover the pot with aluminum foil, then a lid. Bake for 5 hours, checking hourly to make sure the beans aren’t drying out. (Add more water as necessary to keep them submerged.) Uncover for the last half hour to brown the top. 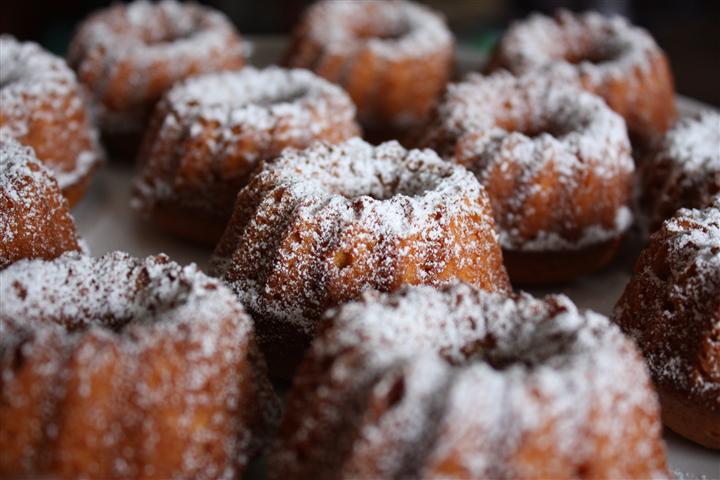 Yum. These are PERFECT for Thanksgiving.

I used to live in Portland, Maine back in the 1980's. Just across the way was the B&M Baked Bean factory. The combination of saline ocean air and the smell of baked beans baking was always on my mind when the wind was just right. Cheers for the nice article. wb

These look delicious Brandy. I have never made, but really want to make, my own baked beans.

I have maple syrup in my pantry begin me to use it. You just gave me the idea for that.

I'm always looking for new baked bean recipes and there's little I love more than maple-flavored anything! This looks great.