This nutty cinnamon roll apple cake is full of sweet flavor and packed full of spiced cinnamon rolls. This dish is super decadent and perfect for fall. 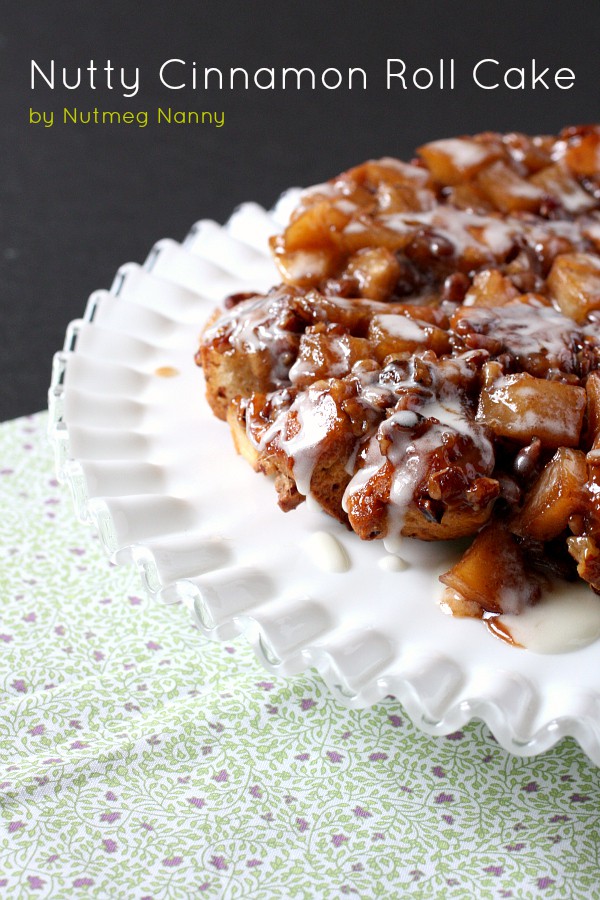 Sometimes you make a dessert that makes you think “why in the hell did I make this?!?!” You then take pictures of said dessert and afterwords find yourself eating {almost} the whole cake. With your hands. Like a cave man.*Hangs head in shame* 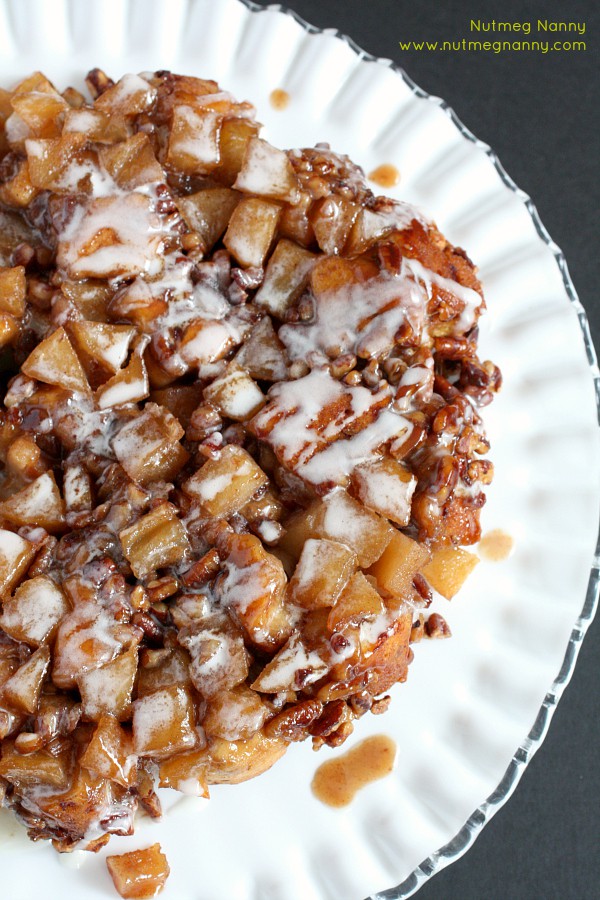 What is it about cinnamon rolls that call to me like cake to a fat kid? Or maybe cinnamon rolls to a fat kid? All I know is that after I indulged I felt horribly guilty. Nothing is worse than food guilt. Anyone else experience this? This witty e-card can explain my life better than I can. 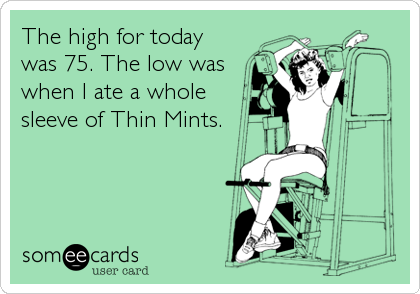 I also had to share this picture of my cat Nermal who felt he needed to see what in the heck was going on. Don’t worry. He didn’t eat any of the food. 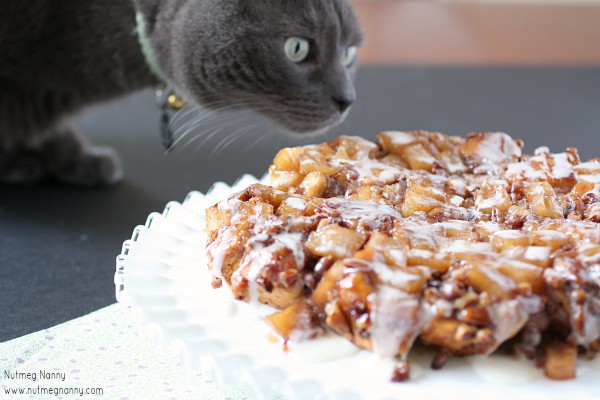 So wanna know what it’s this delicious cake? Cinnamon rolls, pecans and apples. Simple, flavorful and sooooooooo good! You could be classy and serve it with a fork or silently eat it in the kitchen with your fingers. It’s your choice. I won’t judge. 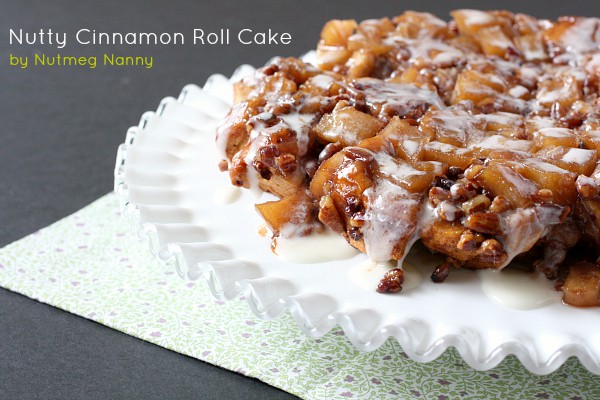 This nutty cinnamon roll apple cake is full of sweet flavor and packed full of spiced cinnamon rolls. This dish is super decadent and perfect for fall.

Spray a glass 9-inch pie plate with non-stick spray. Put 1 cup diced apples into the bottom of pan, set aside.

Open cinnamon rolls and set icing aside. Cut each cinnamon roll into quarters and add to a medium sized bowl. Add in remaining 1 cup diced apples and 3/4 cup chopped pecans.

In a small bowl add melted butter, dark brown sugar and light corn syrup. Stir until combined and add to bowl with cinnamon rolls, apples and pecans. Mix gently to combine all ingredients. The nuts will stick together a bit but try your best to keep everything evenly mixed.

Top apples in the pie plate with the cinnamon roll mixture. Try to make the top as even as possible.

Bake for about 35 minutes until the top is golden brown and the cinnamon rolls are cooked through.

Let cake rest in the pan for 5 minutes and flip over onto a plate or cake stand. Take metal lid off the icing and microwave for about 20 seconds until the icing is melted and pourable. Drizzle over the cake and devour! 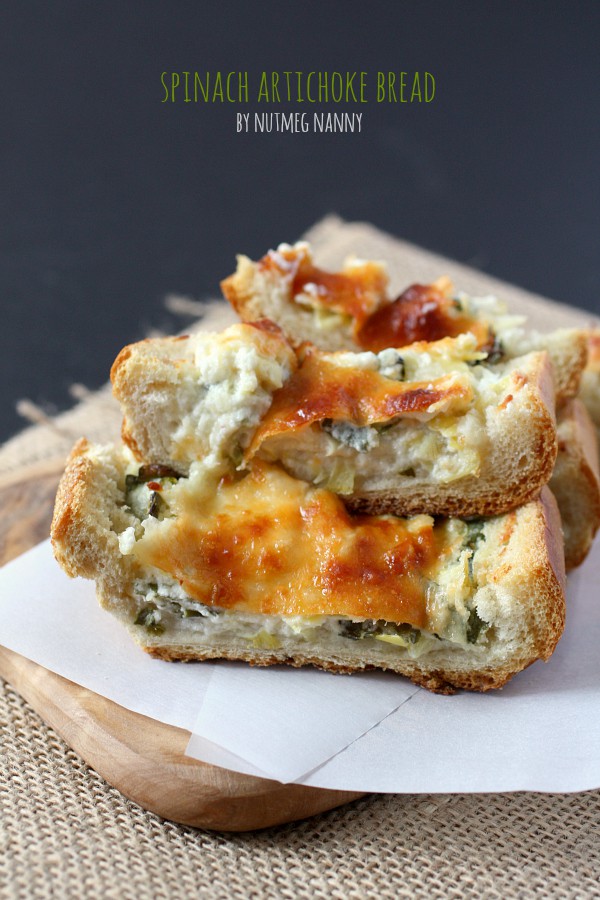 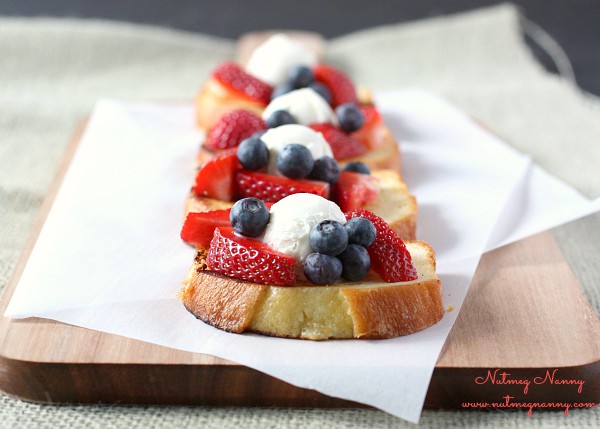 This looks all kinds of good. I could definitely see me hunched over the kitchen counter with a fork doing some damage to this cake!

meg @ The Housewife in Training Files

Oh food guilt how I despise you! Usually comes around after I polish off that ice cream pint....This cake. So gorgeous!

That card is hysterical and if you change it to Samoas and a whole box instead of a sleeve, that would be me. Seriously, this cake is amazing. I'd at least jog in place while eating it with my hands over the sink. With the water running. Getting rid of evidence.