This roast pork loin with dried fruit compote is an easy and flavorful dinner recipe that your whole family will love. Serve with rice, buttered noodles or even mashed potatoes. Juicy roast pork served with a homemade compote made out of golden raisins, dried apricots, dates, orange juice and just a touch of cilantro. So good! 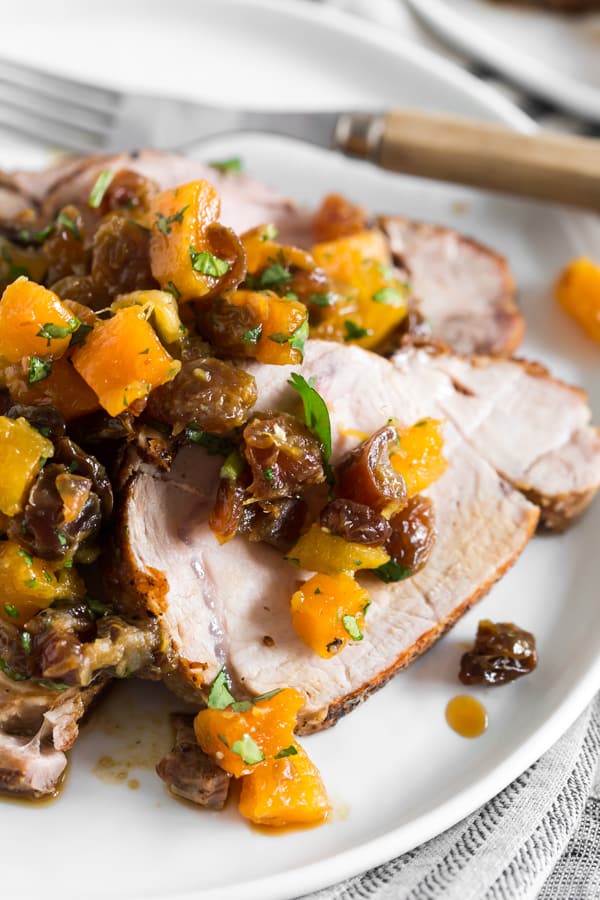 Or is it the other white meat? Remember those ads? I sorta miss them.

Although, to be fair they could still play them and I would have no idea. We got rid of cable 10 years ago so I’m sort of out of it when it comes to current commercials.

But, you know whats not out? Roast pork with dried fruit compote.

How was that for a segue? 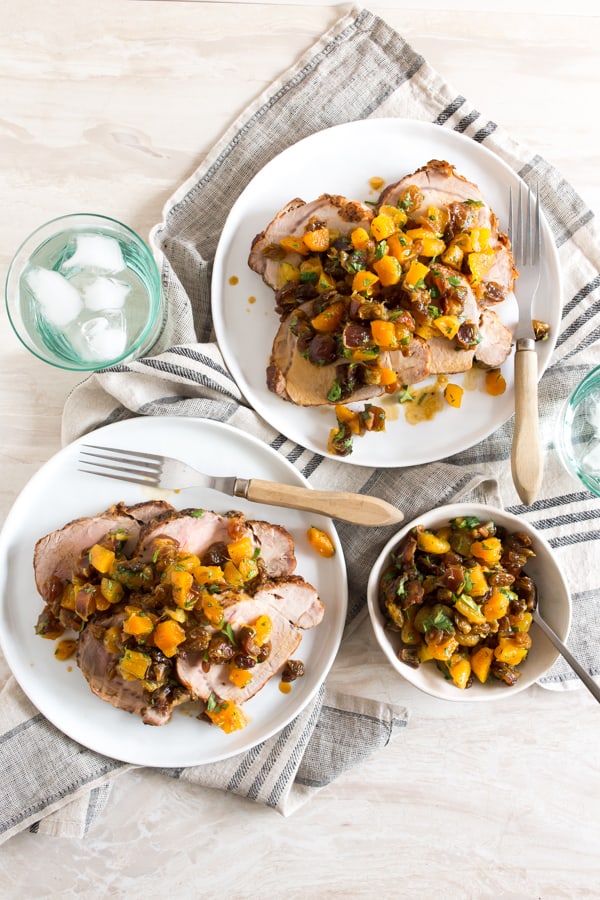 If you’re not a big dried fruit fan I’m about to majorly change your mind.

I took dried apricots, dates and golden raisins and made this crazy flavorful compote that is sure to impress. You could easily swap in things like dried cranberries, cherries or even blueberries to make this compote.

Cooking is all about having a little fun with ingredients.

And I threw in some garlic and cilantro to the compote because those flavors go with pork perfectly.

Man, now I’m super craving this pork. I wish food could magically appear in front of me. 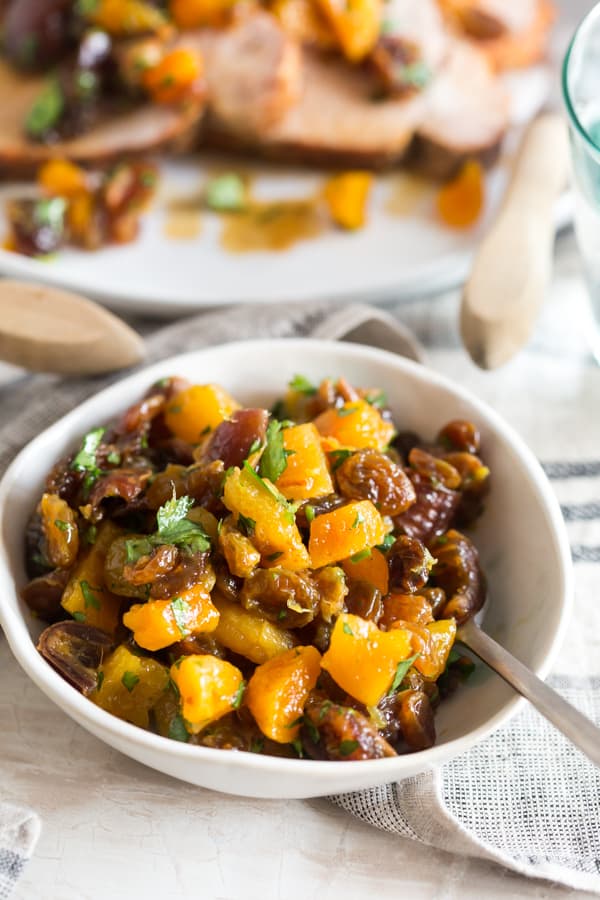 Speaking of pork. I just had the most amazing delivery pork ramen for lunch.

It has made me think I need to make some ramen for the blog ASAP.

Who doesn’t want a big bowl of noodles, broth, and meat? 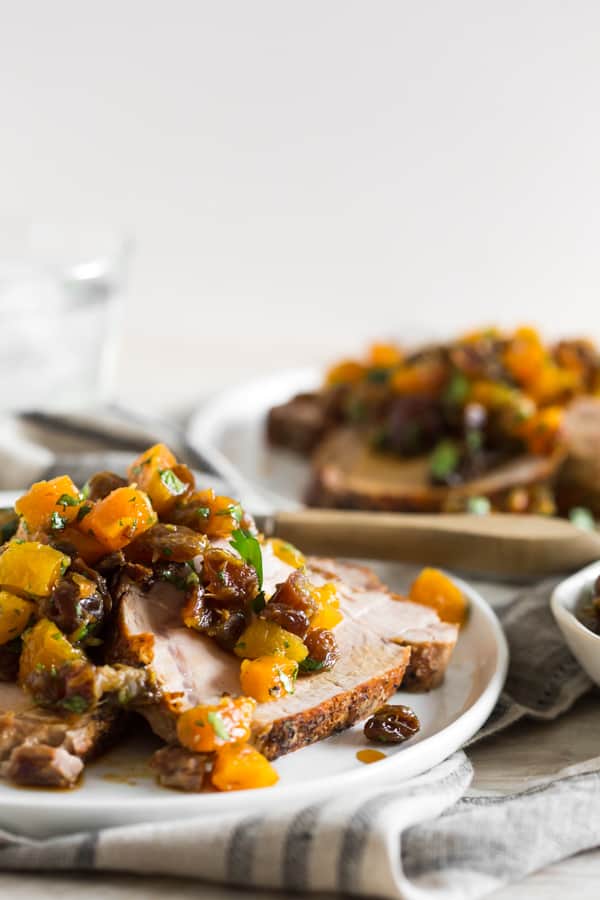 What is roast pork loin?

Ok, back to this roast pork loin with dried fruit compote.

I used a pork loin roast for this recipe but you could easily swap in a pork tenderloin if that is more your speed. I happen to like the pork loin roasts because they are a bit bigger and shaped like a little rectangle so they cook pretty evenly.

(Yes, there really is a difference between pork loin and pork tenderloin!)

You could also use this dried fruit compote on pork chops. Basically, you could use it on all. the. pork. and it would be hella amazing. 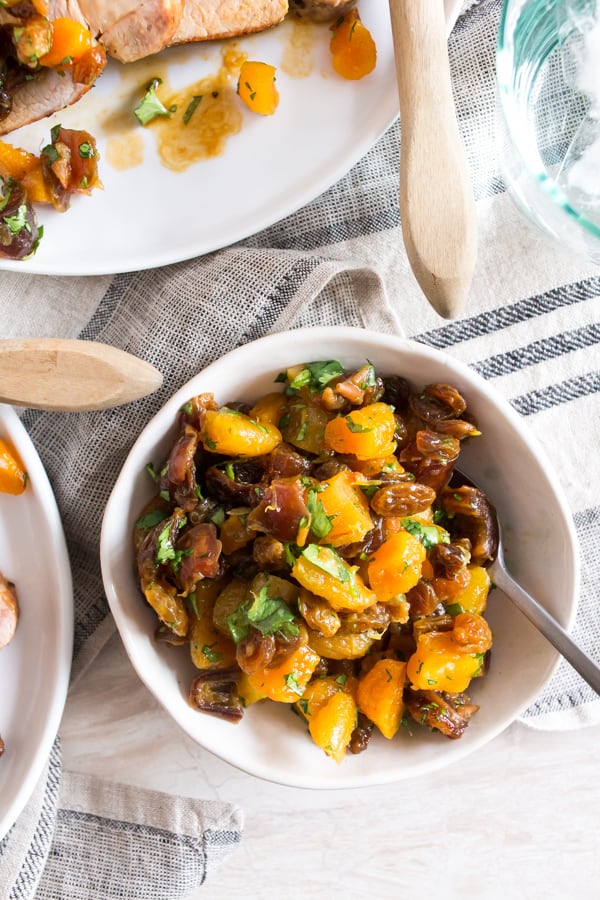 What is dried fruit compote?

I explained up top that this dried fruit compote is made from dried apricots, golden raisins and dates BUT do you actually know it means to make a compote?

A compote is a cooked down fresh or dried fruit mixture that has been mixed with syrup or sugar. In my case, I used orange juice.

It added a bit of sweetness all while helping to plump up the dried fruit.

Right at the end, I added in a bit of grated garlic and a handful of fresh cilantro. It’s sweet and savory with a burst of freshness from the added cilantro.

(Especially when paired with pork!)

You’ll want to cook your pork loin until it reaches 140 degrees and then let it rest. It needs to hit 145 degrees before slicing so I usually let it rest for about 5 minutes.

Also, it’s totally fine to eat pork that is a little pink in the middle. I swear. It won’t hurt you.

Those old “cook pork until it’s the texture of shoe leather” rules are no longer a thing.

Did you make this recipe? 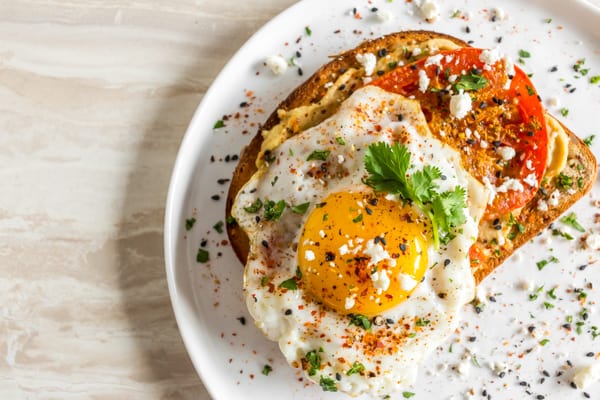 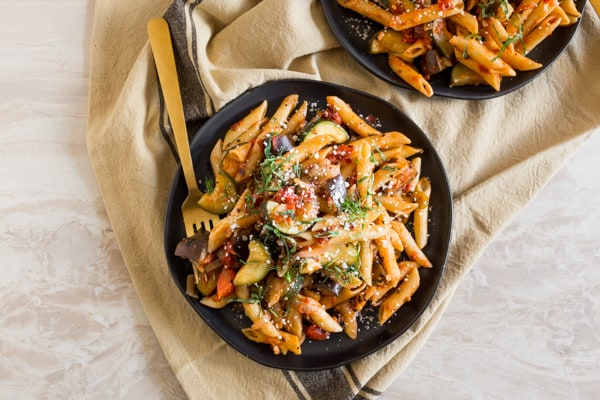 Yes please! Looks delicious and so easy to make! !

Just pinned this. We love pork and this is going o be a hit!

I totally know what you mean about being into pork (and chicken)these days. Love the idea of you making ramen noodles (love them!)and this compote looks fantastic!!

this is a keeper - I made it last weekend and I will make it again this weekend except I will double the sauce. My family totally enjoyed this meal. This is an amazing recipe.