This brown butter vanilla bean apple crisp is the perfect addition to your fall dessert menu. Made with delicious fresh apples, tons of vanilla bean paste, and crumbly crisp topping, you’ll love this! 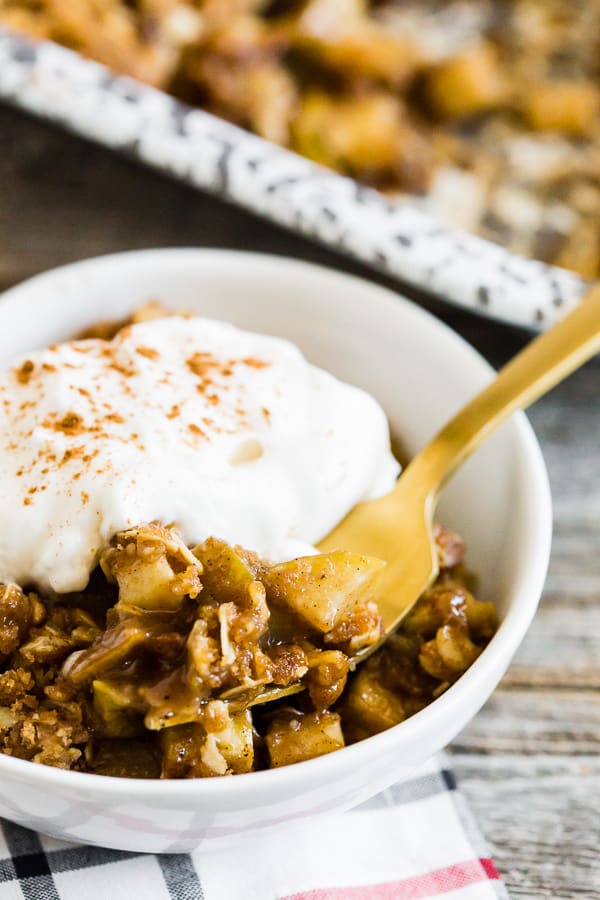 Oh heyyyyyyy, it’s apple season! I know. The second it turns September and us crazy bloggers go straight into fall apple and pumpkin mode. We can’t help it. It’s in our nature. But, really can you blame us? I wait all year long for it to be apple season. I also wait all year long for fall because it’s gorgeous, it’s hoodie/flip-flop weather, AND I get to wear sweaters so I can hide all those extra pounds I put on by eating “comfort” food.

Double plus for this recipe because it contains vanilla bean paste my most favorite thing on the planet earth. I know, I won’t shut up about it. If you haven’t bought some yet you really need to. I literally put it in everything. In fact, I rarely even use vanilla extract anymore because vanilla beans take everything to the next level. 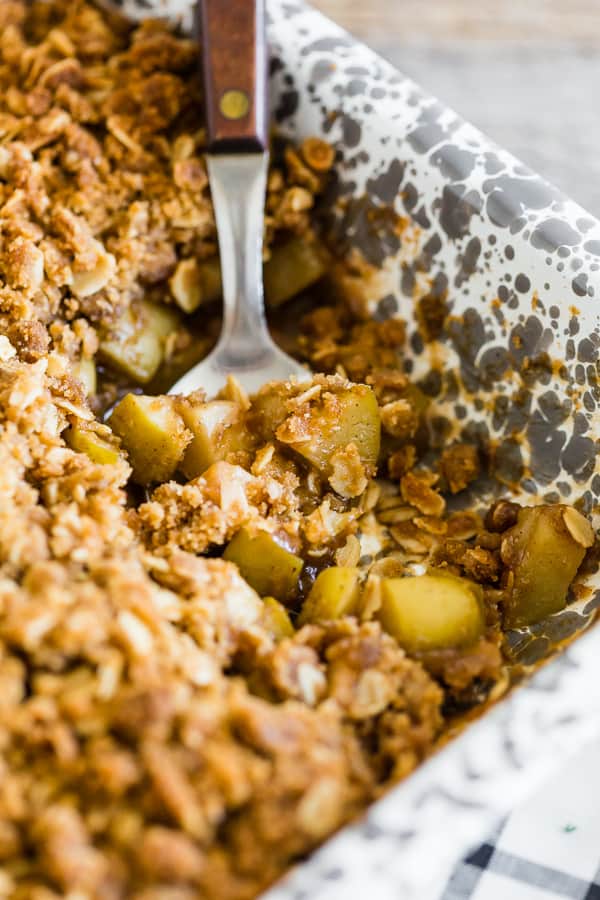 Now, the first thing you should know is that I made this brown butter vanilla bean apple crisp recipe back in 2011 and decided it needed a little refresh. You’ll see that I do that a lot because back in 2011 I barely had any readers. Now it’s 2018 and I just a fewwwwww more readers.

Good news for me but it also means that a lot of you have no idea what I was doing back in 2011. So, I’m sharing it again! But, obviously, I updated the post content and gave you new pictures. Trust me, these pictures show the beauty of this recipe WAY better than the old ones. 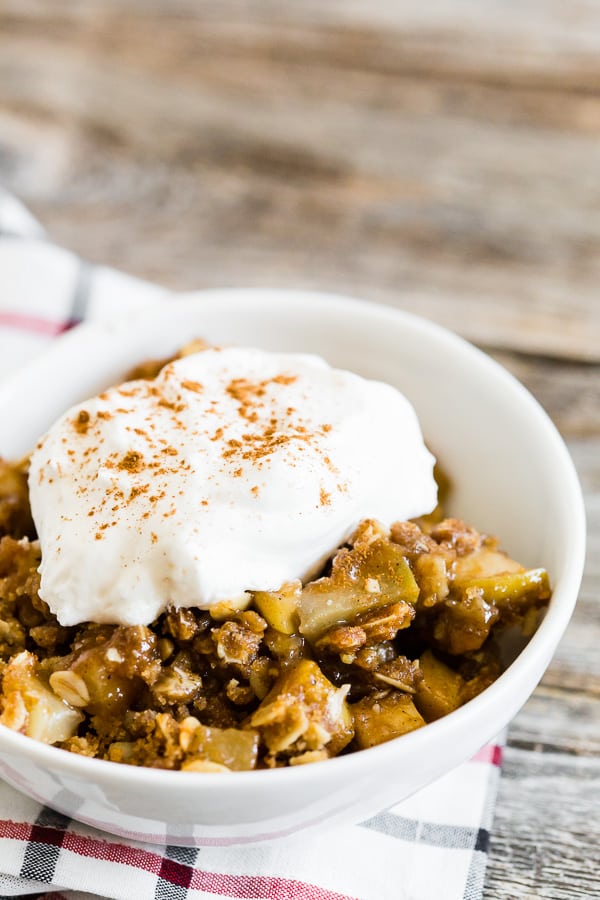 And I was really craving apple crisp so redoing this recipe gave me an excuse to make this brown butter vanilla bean apple crisp that felt somewhat legit. I mean, a craving is legit but we all know I do not need to be eating apple crisp on a random Tuesday.

Basically, I’ll eat the whole freaking crisp and share nothing with Art because I cannot be trusted with warm baked goods and I’m rude. 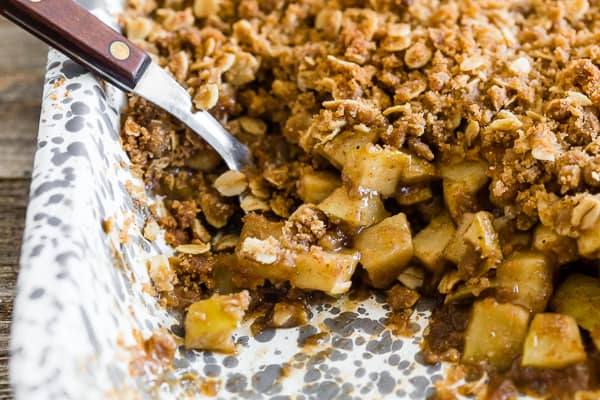 However, I sacrificed and made the crisp. And I ate the crisp. But it’s ok. Now you can make this brown butter vanilla bean crisp and jump right into the fall spirit with me.

Did you make this recipe?

Sandra | A Dash of Sanity

I will definitely try this! Looks absolutely amazing!

This apple crispy sounds to die for. I love all the flavors of fall that you have mixed in.