This sweet caramel apple pie is stuffed full of thinly sliced apples and topped with a crunchy crisp topping. A drizzle of caramel puts it over the top. 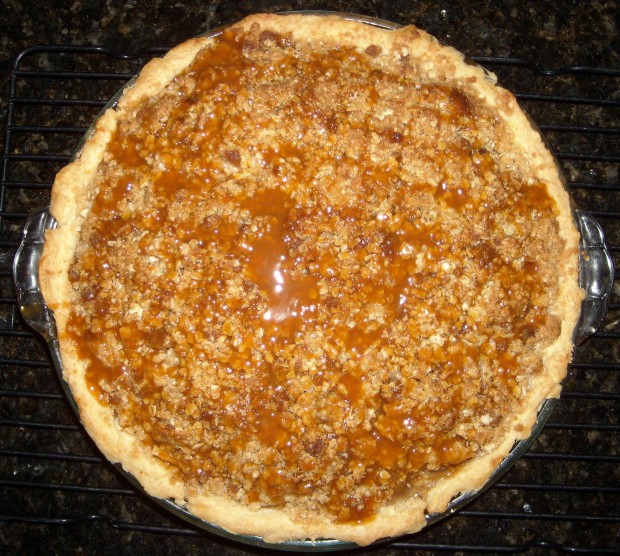 Yesterday was my big debut of my food blog. I thought it turned out pretty good except now I’m stuck. Well, I’m not really stuck as much as I’m annoyed at my oven because it’s broke and it’s stopping me from baking. Today I received my first issue of Bon Appetit and there is a bread pudding in there that I want to make and I also purchased From my Home to Yours by Dorie Greenspan and there are about a million things in there I want to try.

Ok so here is a little back story about my oven. It’s only one year old and before Monday it was a gem.  It worked when I wanted it too and only acted up once when it decided it didn’t like being set at 275 degrees and decided to heat its self up to 350 degrees. The end result was one burned batch of Praline Pecans.  I was browning my lovely little veal and sage meatloaf with gorgonzola cream sauce and the oven was pre-heating.  Out of the corner of my eye I see some flickering going on in the oven. I open the oven and it’s on fire! Ok it wasn’t a huge fire it was more like a tiny little fire but it still freaked me out.  Since then I have been on the phone with Frigidaire to fix it and they have agreed but they can’t seem to get around to faxing that paperwork to the appliance repair shop. Sooooooo long story short, I can’t bake right now and it’s annoying me. Although I am going to put up another recipe I did a couple of months ago.

This recipe I found online and the moment I bit into this caramel apple pie I knew I had made a excellent choice in making it.  Since the recipes name was “Yummy Crunchy Caramel Apple Pie” I knew I would love it. I altered two things. I didn’t use nuts in the final topping because I didn’t have any and I added a little lemon juice to the pie mixture. So after I took my first bite I thought it was amazing.  It was sweet and the apples had just a little bit of crunch.  The topping reminded me of a cross between a Dutch apple pie and a apple crisp. I used a pie crust recipe from Alton Brown and I found I quite liked it. I will be honest that it wasn’t as great as my grandmothers but then again is anything better than a lard ridden pie crust? If that doens’t sound good then you obviously have not had the pleasure of growing up eating “Southern” food.

This sweet caramel apple pie is stuffed full of thin sliced apples and topped with a crunchy crisp topping. A drizzle of caramel put its over the top.

Prepare pastry for single-crust pie. Place in pie plate and trim and crimp the edge.

In a large mixing bowl stir together the sugar, flour, cinnamon and salt. Add apples slices and lemon juice and gently toss until they are coated well. Transfer mixture to pie crust.

To prevent over-browning while baking, cover edge of pie with foil.

Remove from oven and drizzle top with caramel topping, then sprinkle with pecans. Cool on wire rack and serve! 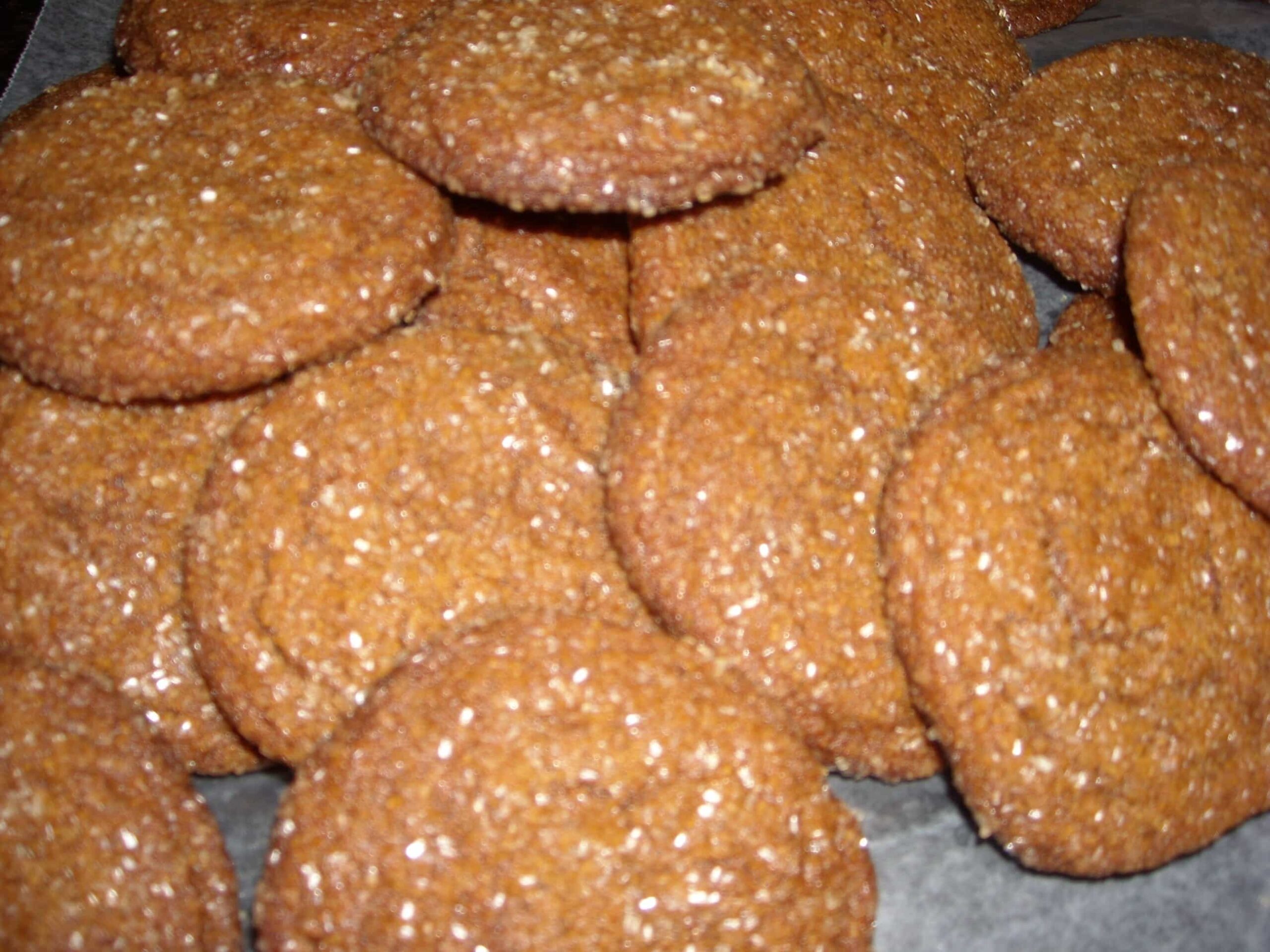 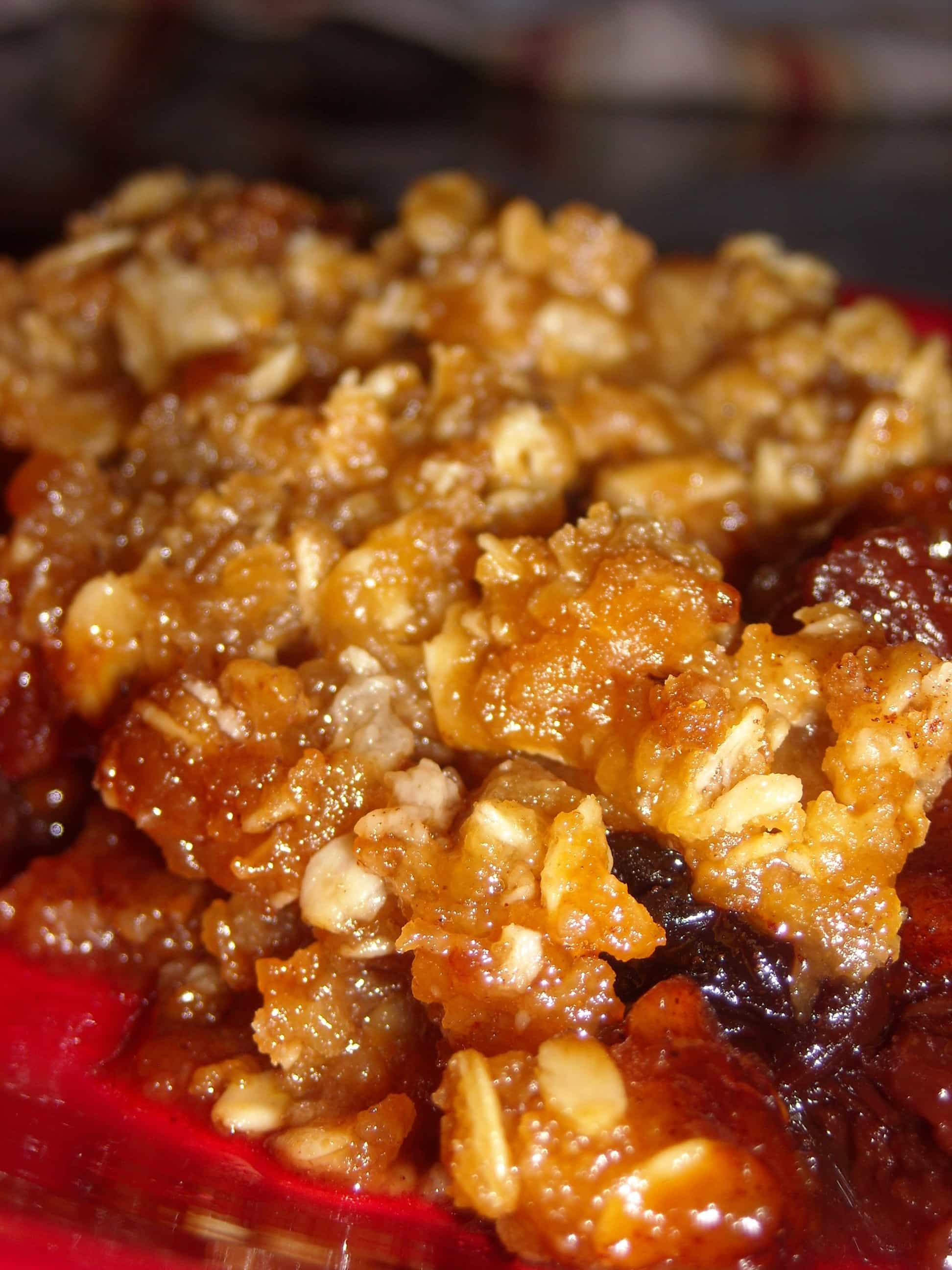 […] version tastes just like apple pie but with out all the typical dessert calories and zero baking. It super simple to make and just […]

what could I substitute for the oats? I HATE them...everything else sounds wonderful

Hi Kathy! If you are not a fan of oats you could try a crumbly topping like the one found in this blueberry coffee cake: https://www.nutmegnanny.com/2009/07/09/blueberry-crumb-cake/ Hope you give it at try!

i want you to know i am not a huge pie fan let alone apple pie, but that sure looks good enough to try!! and good luck with the oven

This caramel apple pie looks delicious and I plan on giving this one a try!! Also, your very entertaining....kudos to you!!