This sweet slow cooker fruit crisp is full of apples, pears and lots of flavorful cinnamon. Ready in just 4 hours and will leave your house smelling amazing. 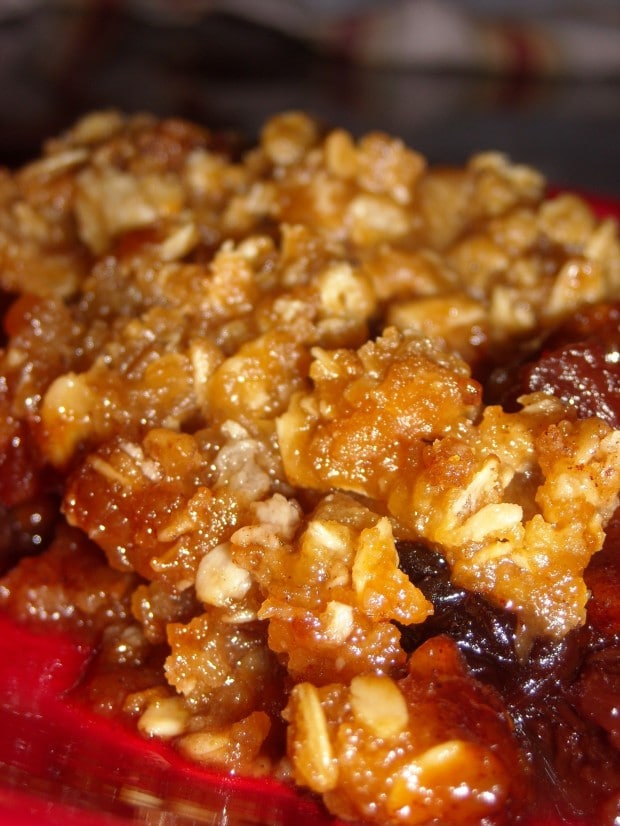 The good news is that my oven is finally being fixed. The bad news is that I still have to wait a week for the part to get in. This of course was after hours spent on the phone attempting to get the oven people to fax my information over to the appliance place. Plus getting hung up on three times and then being told their system was down.  Orginally they were supposed to fax the paperwork a week ago and evertime I called I heard “It will be there in twenty-four hours” which of course never happened. Yesterday it was finally faxed and after the whole ordeal was over I knew I needed something sweet.

I am sadly one of those people who like to bake (and of course eat what I bake) when I’m feeling stressed. Since my oven was still broke I was not happy but since there was nothing I could do about it I just had to improvise. My slow cooker happened to be out and I thought to myself……..”hmmm can I cook dessert in this?” So I searched the internet and I found tons of recipes. I really wanted to make the “Luscious Lemon Cheesecake” recipe I found but sadly I didnt have a spring form pan that was small enough to fit inside my slow cooker. Im going to make a note to go spend more money on cooking equipment for my kitchen.

So since I couldn’t do the cheesecake I settled on a recipe that sounded equally delicious – Winter Fruit Crisp. A mix of golden delicious apples, pears (red, Bosc, and Anjou) and dried cherries. My oh my oh my! My house smelled sooooooo good while this was cooking. Sweet cinnamon scented fruity smells wafted through my house. It smelled a million times better than a candle. The crisp turned out very well. The topping did not get as crispy as a traditional crisp cooked in the oven but I felt like it did firm up quite nice. The fruit was sweet and the cherries really added a lot of flavor. I loved the tartness they brought to the sweetness of the apples and pears. I think tomorrow I’m going to try a chocolate cake in crock pot. I figure if a crisp can come out a chocolate cake can too…. 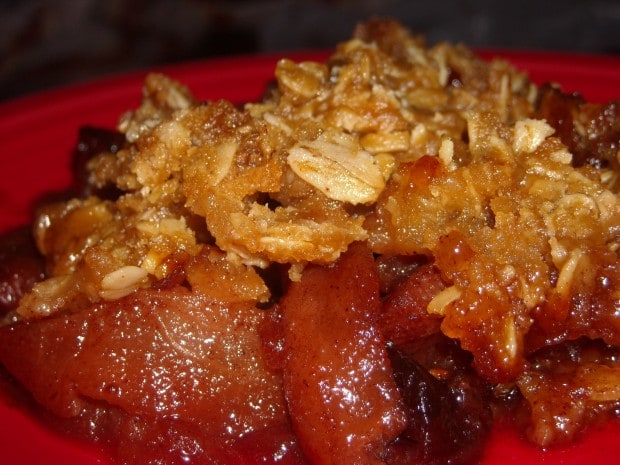 This sweet slow cooker fruit crisp is full of apples, pears and lots of flavorful cinnamon. Ready in just 4 hours and will leave your house smelling amazing.

In a large bowl add apples, pears, cherries and orange peel. Add in sugar and 1 teaspoon cinnamon, mix well.
In another large bowl, mix together the flour, oats, brown sugar, remaining 2 teaspoons cinnamon, ginger and mace.
Cut in butter with a pastry blender. Blend until crumbly.

Place fruit mixture in greased crock pot and top with flour mixture, patting it down slightly. Cover and cook on low for 8 hours or on high for 4 hours. I used a 6 quart crock pot. 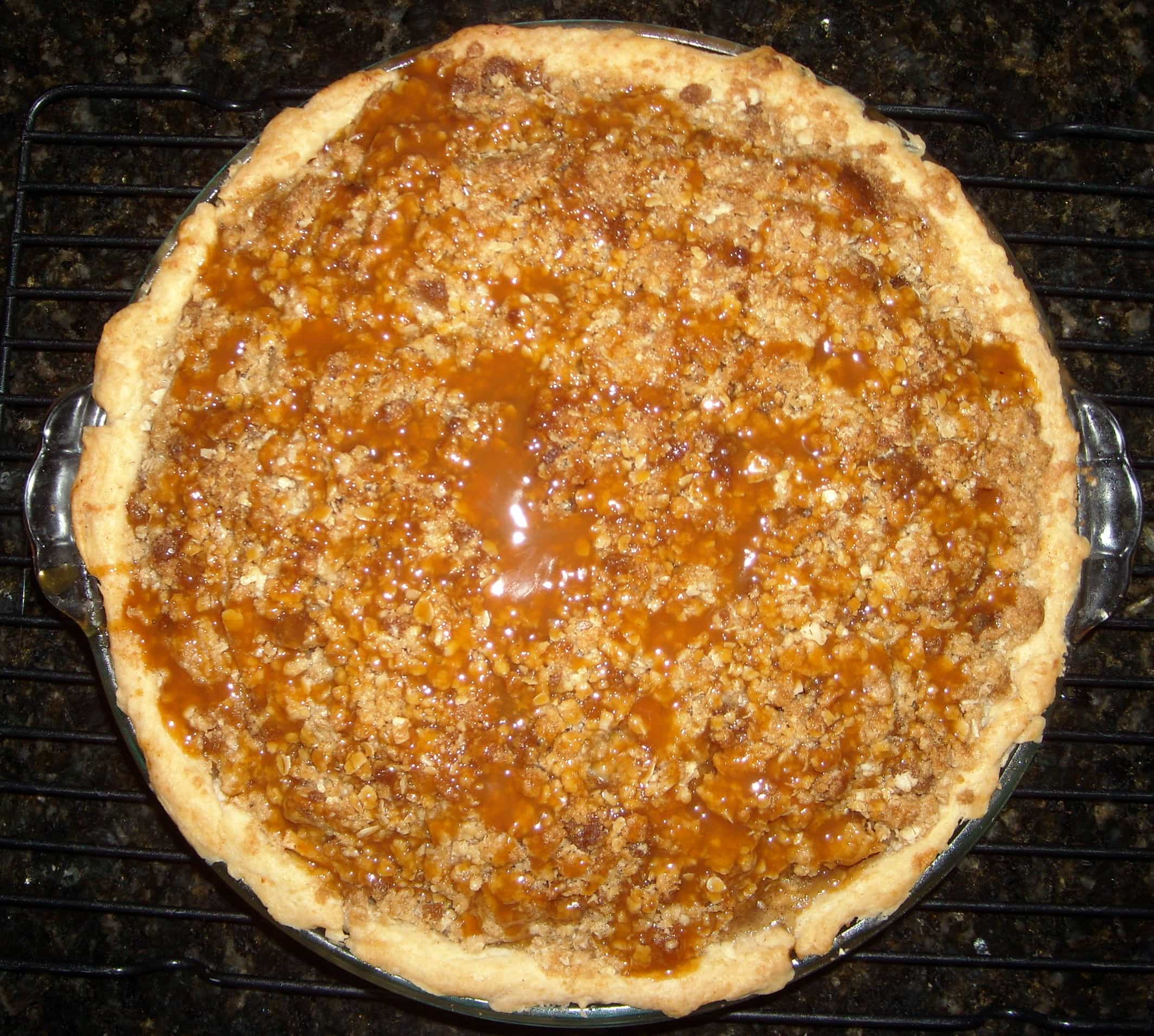 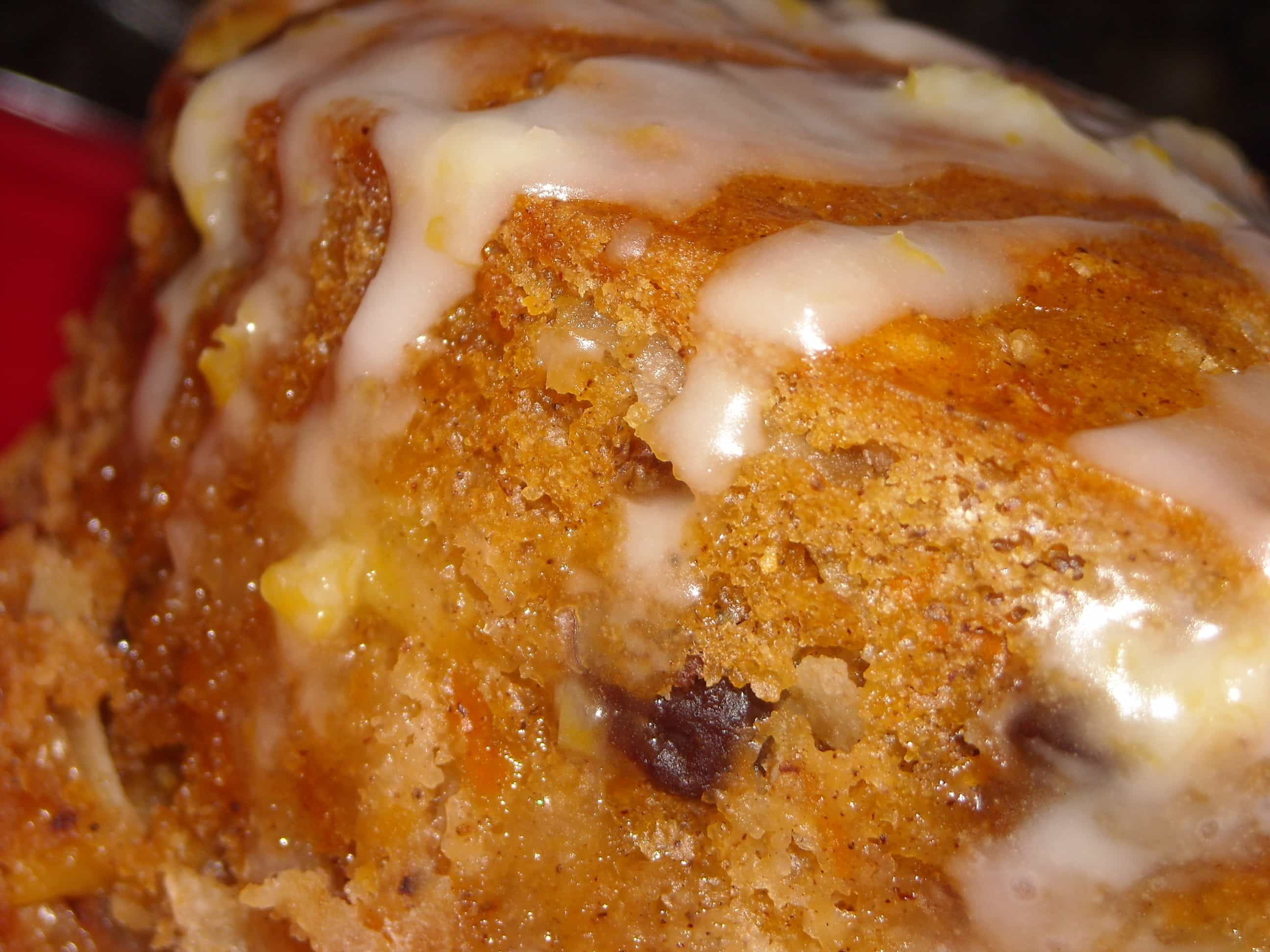 Way to not let your lack of oven slow you down!

wow - i mean - wow!! that picture is amazing. its great how you improvize to get your baking done! i cant wait to try some of that!! YUMM