This maple black pepper bacon is the perfect balance of sweet and savory. Eat it as a midday snack or sneak a few bites as a midnight snack. Made with maple syrup, maple sugar and a lot of fresh cracked black pepper. You’ll love these crispy little bites. 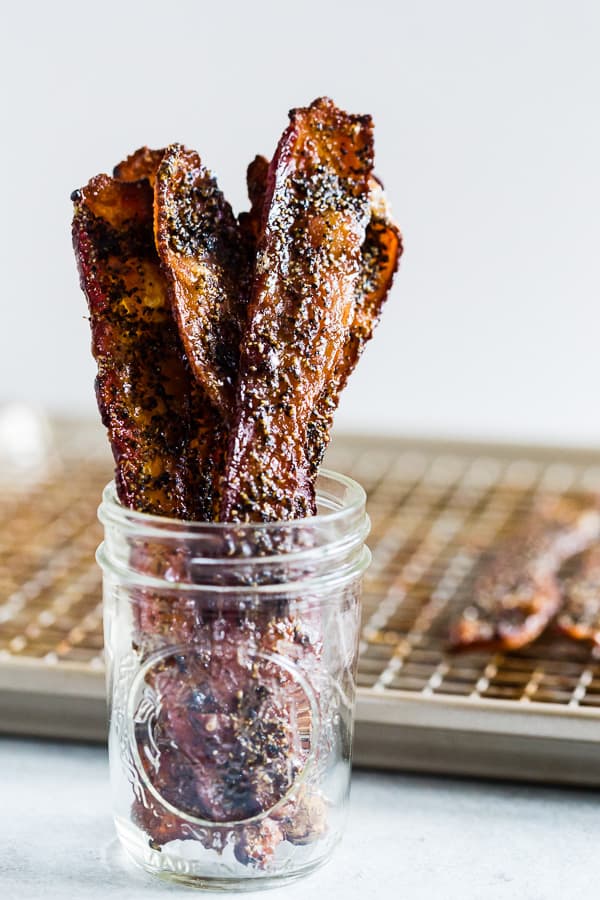 Ok, really it’s maple black pepper bacon but still, it’s BACON! It’s the perfect sweet/spicy/savory bite and I could 100% have eaten this whole tray except I have to share.

I mean, I don’t have to share but I should share. No one should be eating 1 pound maple syrup covered bacon all by themselves. Or at least, you shouldn’t.

I say this with love of course. I don’t want to rain on anyone’s bacon covered parade. 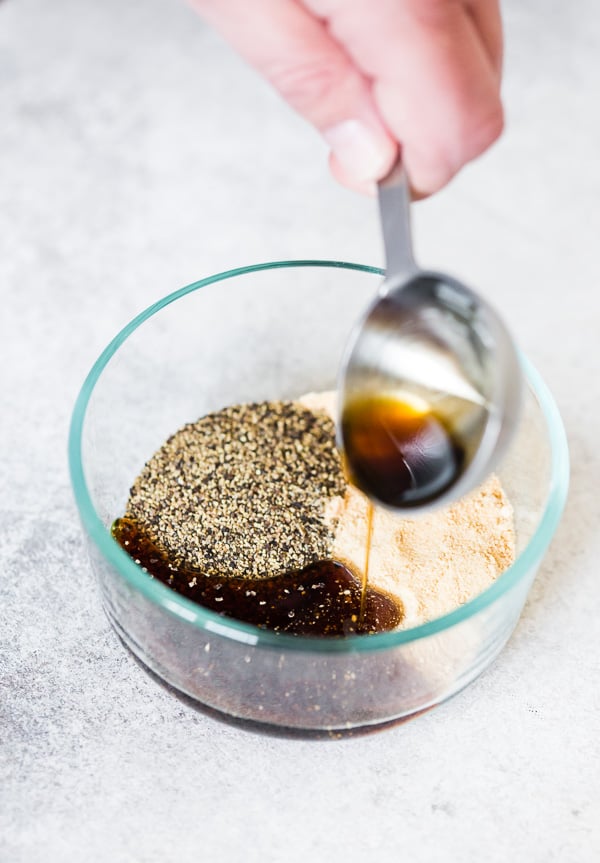 This maple black pepper bacon is JUST 4 ingredients and super simple to throw together. 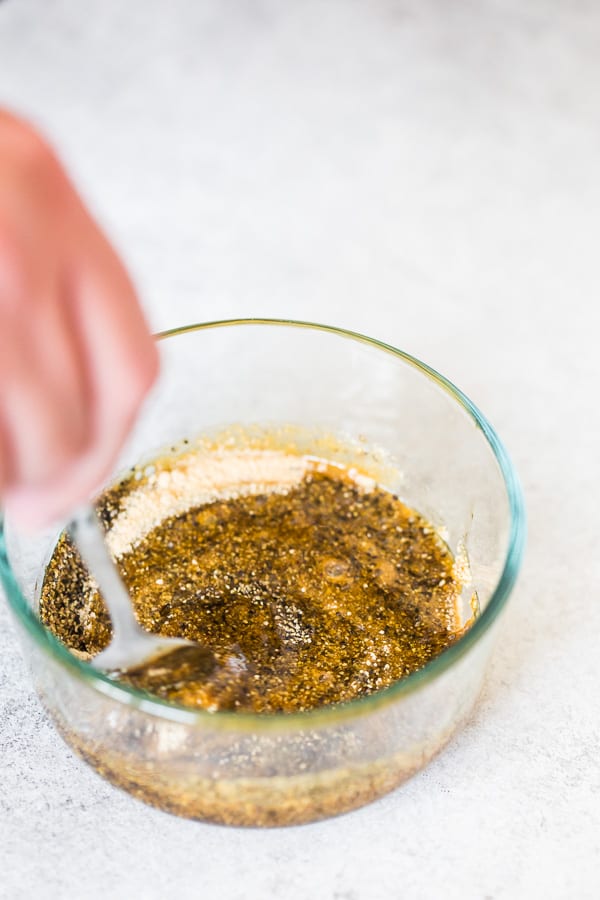 How to use maple black pepper bacon 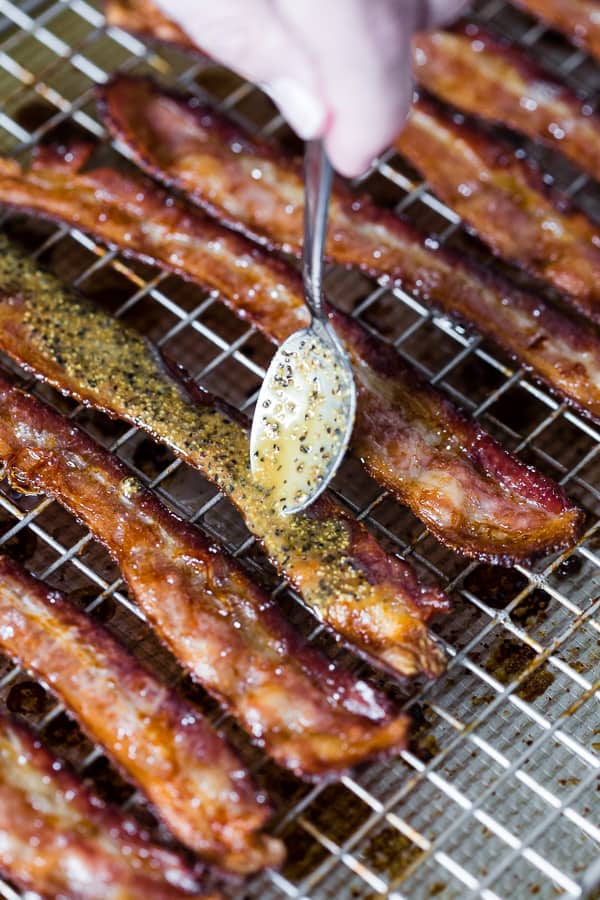 If you’re not familiar with maple sugar don’t fret. You can actually find it in most grocery stores OR you can find it on Amazon. 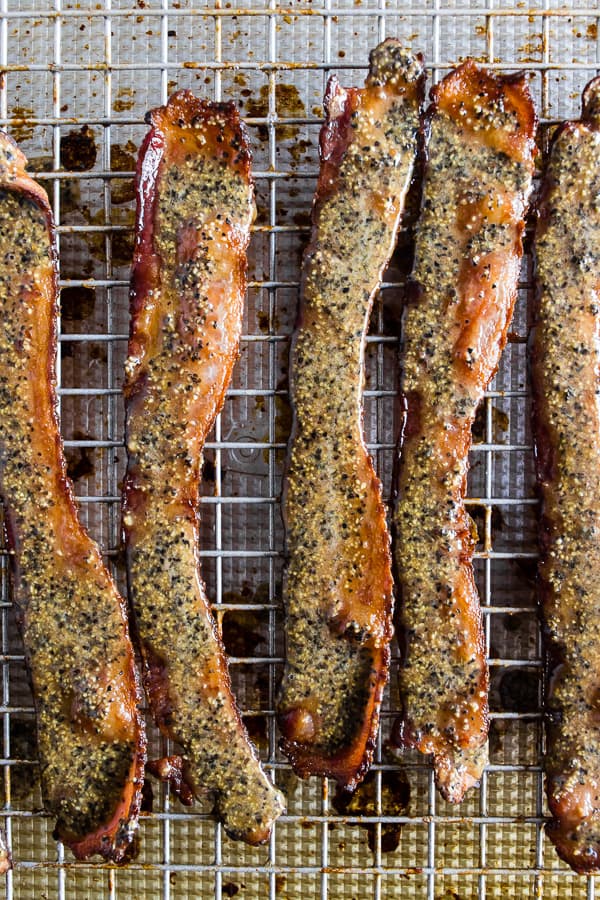 Peppered bacon has always been a favorite of mine but when you throw in maple I’m totally drooling. It’s hard to find peppered bacon in the store so I went ahead and made my own with this recipe.

I used enough to make it a little spicy but you can always back down if you don’t want that much black pepper flavor. I won’t tell anyone if you don’t make it as spicy.

You could also add a few pinches of cayenne pepper if you’re really looking for heat. I’ll let you do that and you can report back. 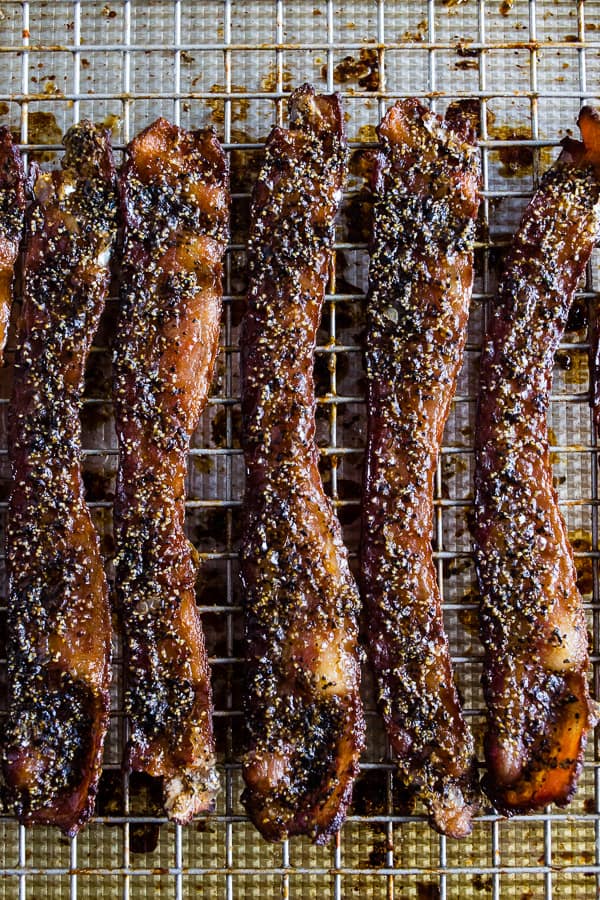 This maple black pepper bacon is the perfect balance of sweet and savory. Eat it as a midday snack or sneak a few bites as a midnight snack. Made with maple syrup, maple sugar and a lot of fresh cracked black pepper. You'll love these crispy little bites.

Preheat oven to 400 degrees and place a cooling rack into a rimmed baking sheet. I used a set from OXO that I love because it's nonstick.

Place the bacon onto the cooling rack and bake for about 15 minutes or until the bacon is crispy but not overly browned.

In a small bowl mix together the maple syrup, maple sugar, and black pepper. Let the mixture sit for about 5 minutes so the maple sugar is fully dissolved.

If there is any grease on top of the bacon blot it off with a paper towel.

Carefully spoon the glaze onto the bacon and spread it thinly over the bacon.

Add the bacon back to the oven and bake for another 5 minutes or until the glaze is thick and the bacon is crispy.

Let the bacon cool and enjoy. 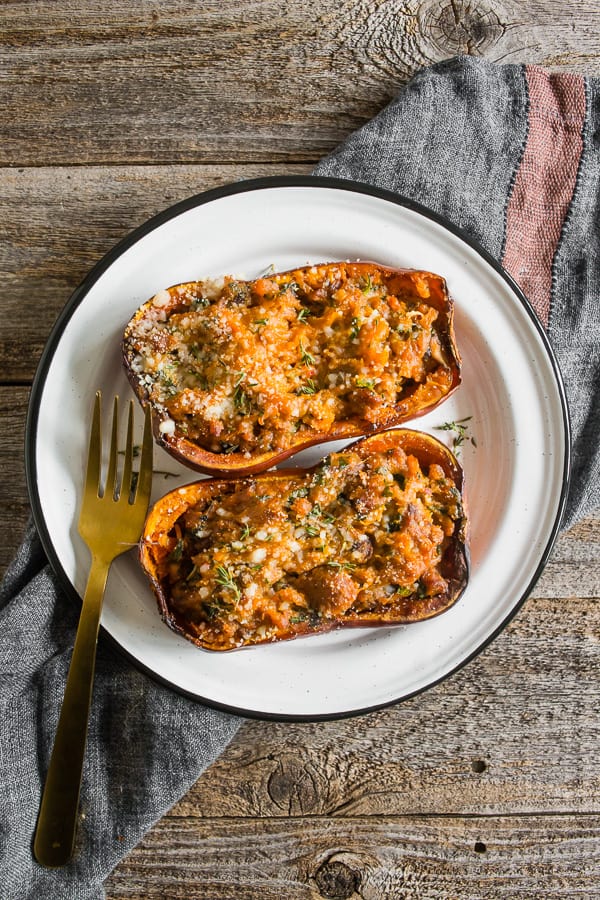 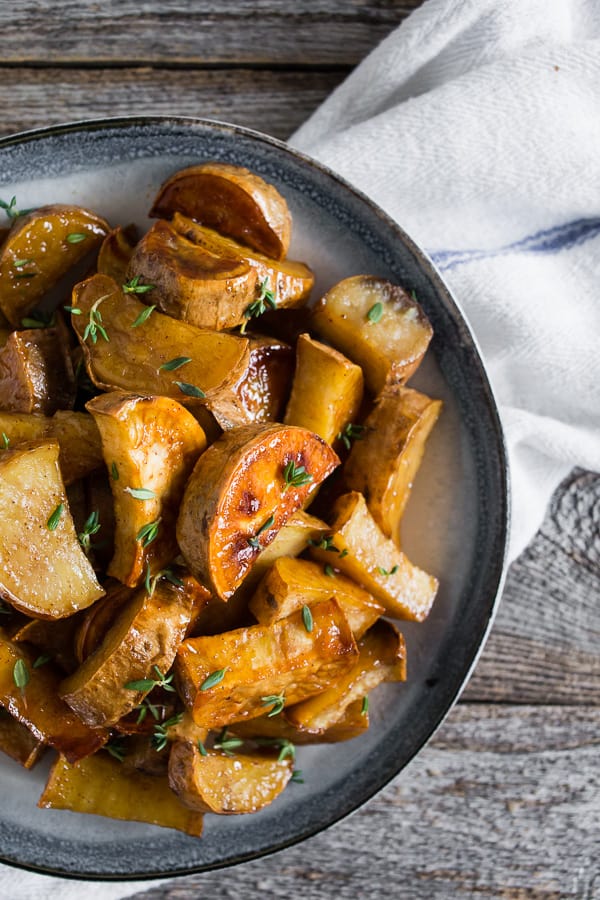 this will be great when we have all our family over during the holidays! great addition to brunch!

The fun thing with this recipe, I'd eat this for breakfast or dessert and every meal in-between.

My boys would absolutely flip out for this bacon! I can't wait to try it!

This is fantastic!! Such an amazing idea!! Can't wait to try it!