This Peruvian chicken soup (aka: aguadito de pollo) is a delicious winter soup full of rotisserie chicken, rice, vegetables, and LOTS of cilantro. Super simple to make and ready in just an hour. It’s the perfect weekday or weekend soup! 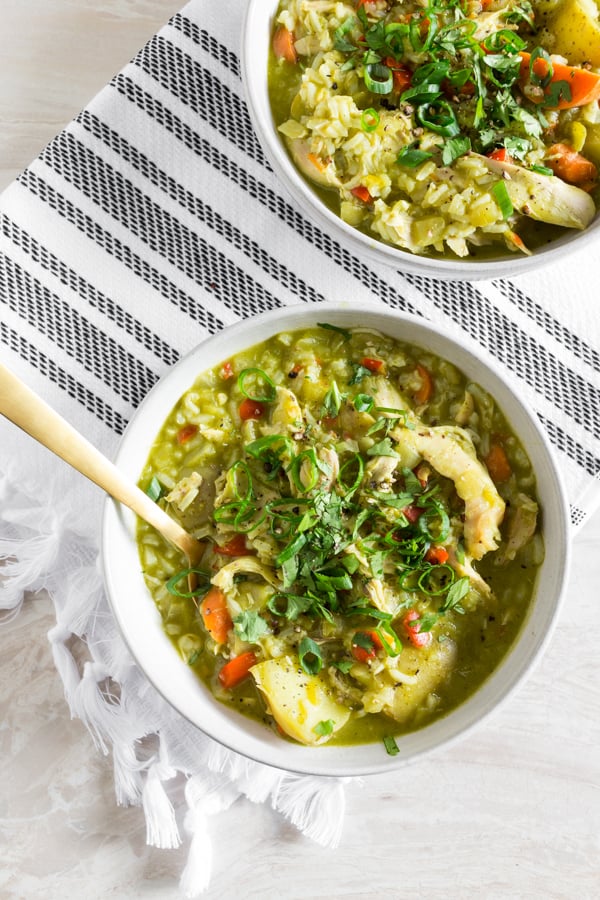 Also, I hope you like chicken. I should have asked first.

Last year I used one in my lemon chicken vegetable farro soup and here I am again back to my old soup habits.

Oh, and can we talk for a real hot second about the beautiful color of this soup? Cilantro makes everything better.

Unless you hate cilantro. In that case, this soup may not be for you. Sorry cilantro haters. 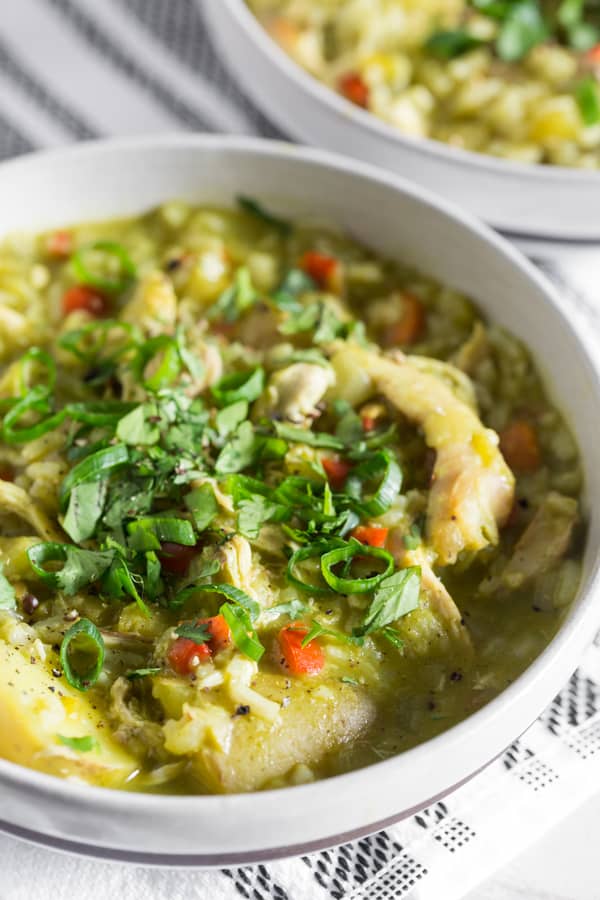 If you’re into speaking Spanish you also might know this soup as aguadito de pollo. But, since my Spanish is not the best we’re gonna stick with Peruvian Chicken soup. Or go really simple and just call it chicken cilantro soup.

I should probably not admit it but I did take 4 years of Spanish in high school. Obviously, I learned nothing. The part of my brain that learns languages is broken. Or so that is what I like to tell myself.

Oh well. You can’t win them all.

See how simple that is? You can totally do it! 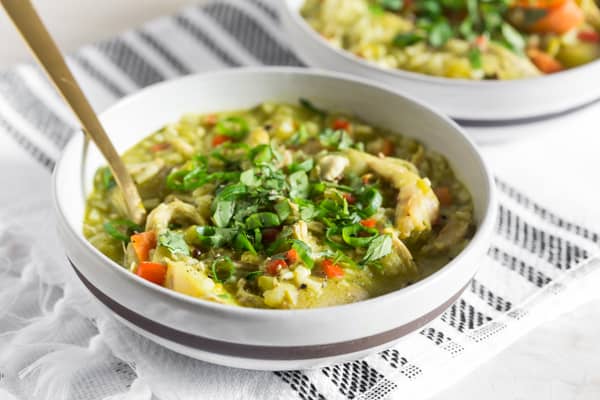 Want to hear something funny? I think I have a real thing for soups that combine chicken, lime and cilantro. When I was trying to figure out just the right name for this soup I saw that I already had a spicy chicken lime soup and a chicken avocado cilantro lime soup.

Yeah, I would say I have a big crush on those flavors.

Maybe an intervention is needed?

No. Don’t do that. I will never give up my love of all things chicken, lime and cilantro.

This Peruvian chicken soup is a delicious winter soup full of rotisserie chicken, rice, vegetables, and LOTS of cilantro. Super simple to make and ready in just an hour. It's the perfect weekday or weekend soup!

Pick the meat off of a rotisserie chicken and set aside.

In a soup pot add olive oil and set over medium-high heat.

When the oil is hot add the yellow onion, bell pepper, green chilies, cumin, kosher salt, and black pepper to the pot. Cook For about 10 minutes or just until the onions start to soften. Don't let the vegetables brown too much. You just want to help soften them.

Add the 2 cloves of minced garlic and saute for another 30 seconds or just until the garlic is fragrant.

Add in the potatoes, carrots, white rice and chicken stock. Stir to combine.

Let the soup simmer for about 30 minutes or until the rice and potatoes are fully cooked. Stir the soup while it's cooking so the rice does not stick to the bottom of the pot.

While the soup cooks add the cilantro, remaining 2 cloves of minced garlic, remaining 1/2 cup chicken stock, seeded serrano pepper and lime juice to a blender. Blend until smooth and no large chunks remain.

Note: you can also add frozen corn kernels and frozen peas to the soup to bulk it up even more. 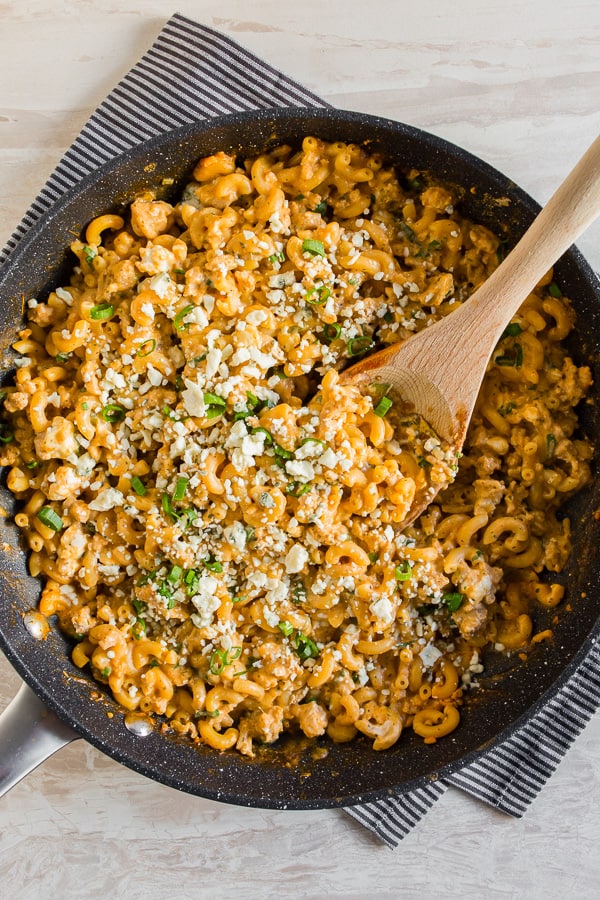 This looks absolutely incredible! I can't wait to try it!

This is the right season for a soup. This looks so hearty and delicious!

Made it this week, it's quick, super healthy, and I only wished I'd doubled the recipe so my hubby and I could've had leftovers for lunch the next day! Definitely will make it again... and again!

I'm a cilantro fan so yes to cilantro and yes to this soup!

how beautifully green, cilantro yes, and a really nice balance of flavors and no chance of dry chicken with this dish, thank you