This carrot cake ice cream gives you all the taste of cake packed in a delicious sweet frozen treat. Get into the kitchen and make this right away! 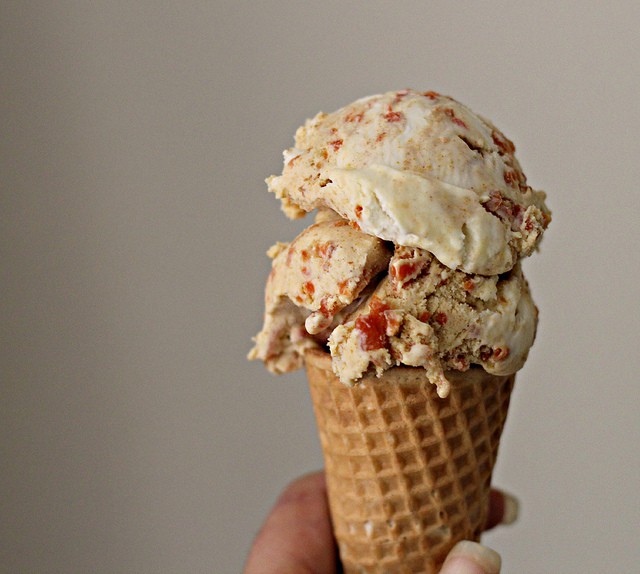 My brother is always accusing me of trying to sneak vegetables into his desserts.

I have no idea why.

Okay, so there may have been a chocolate zucchini cake, a sweet potato layer cake, and quite a few strawberry rhubarb pies featured at our past family gatherings… 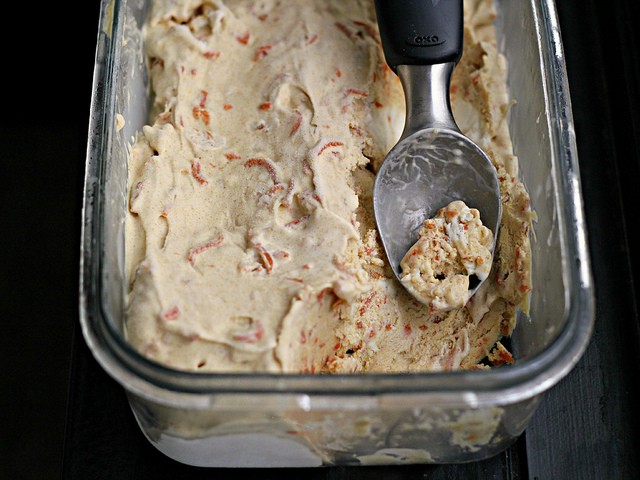 …but is it my fault that they just don’t know what’s good for them? 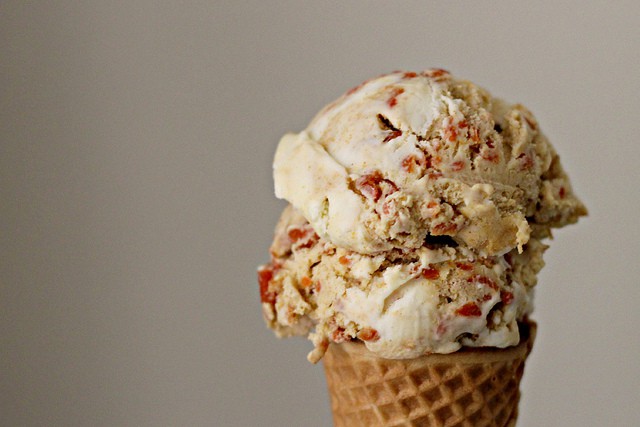 And what’s good for them is to eat a dessert that perhaps maybe has little specks of vitamin A and beta-carotene scattered throughout.

Did I mention those specks were caramelized in brown sugar, butter, cinnamon and ginger, and then encased in a luxuriously rich cream cheese ice cream? 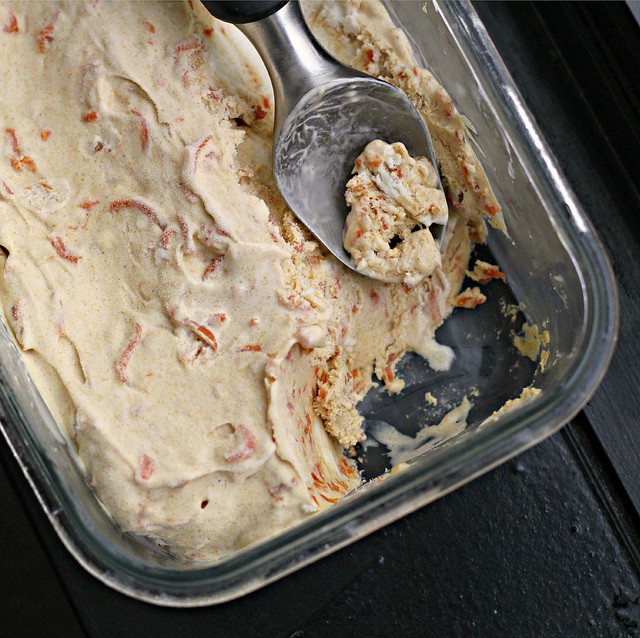 This ice cream really does taste miraculously like carrot cake, which is fabulous given that, besides red velvet, carrot cake is just about my favorite kind of cake.  (It’s obviously a cream cheese frosting thing.)

It was so good that I didn’t tell anyone I’d even made it until I devoured more than half the quart.

Sharing…not exactly my strong suit.  At least not when something this tasty is involved. 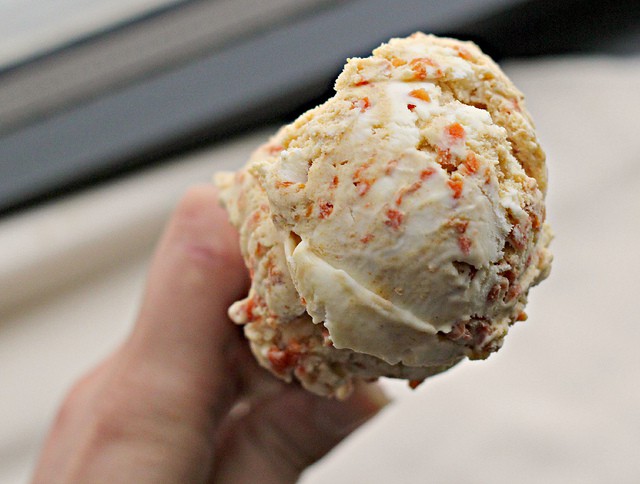 This carrot cake ice cream gives you all the taste of cake packed in a delicious sweet frozen treat. Get into the kitchen and make this right away!

Source: Joanne from Eats Well With Others adapted from Food & Wine

Chill a medium mixing bowl and the beaters of an electric mixer. In the bowl, beat the cream cheese at medium speed until soft and smooth. Add the sugar 1/4 cup at a time, beating well after each addition. Beat in the sour cream, followed by the heavy cream. Add in the salt, lemon juice, and vanilla. Beat just until thick and smooth. Cover and refrigerate overnight.

In the meantime, melt the butter and brown sugar in a medium skillet over medium heat. Add in the carrots, cinnamon and ginger. Saute until butter/brown sugar mixture has thickened and reduced and carrots are cooked. Place in a bowl in the refrigerator overnight.

The next day, chill the mixer beaters again. Using the chilled beaters, beat the cold ice cream base, going from low speed to medium, until loose and creamy, about 3 minutes. Pour into an ice cream maker and freeze according to the manufacturer's instructions. In the last five minutes of mixing, pour in the carrot/brown sugar/butter mixture. Churn until combined. Serve immediately or, if too soft, freeze for an hour or so in a covered container until it has reached desired frequency.

Today’s post was brought to you by Joanne from Eats Well With Others. Joanne is sweet, funny and soon to be a doctor. She is the total package. Now I sound like a dating site, but you get the gist. She was also one of the first people to start commenting on my blog when it was just a little baby blog. When she is not busy running and studying she is also whipping up awesome looking food in her small NYC kitchen. Anyone who can whip up beautiful food in a small kitchen deserves a pat on the back!

Check out some of her delicious food!

[...] I was absolutely THRILLED when she asked me to participate and just knew I had to come up with something ridiculous to contribute.  Enter this carrot cake ice cream!!! Because what better way is there to enjoy your favorite cake than in ice cream form?  For the recipe, check out my post! [...]

Keeley @ My Life on a Plate

This looks amazing! You are the ice cream queen. Carrot Cake is my hubby's favorite.