I’m going to warn you. This dessert is really not necessary. I originally set out to make basic s’mores brownies and somehow cut up reese’s peanut butter cups and drizzled peanut butter ended up on top. Not necessarily a bad thing, but if you’re counting calories I would stay far far away. How does it taste you ask?

Amazing! I should warn you that it’s extremely rich so try to keep the pieces small…if you can stand not eating the whole pan at once 🙂 Also the brownie is not overly sweet because I wanted a nice chocolaty dense brownie to hold up to all the toppings. Enjoy!!!

Position a rack in the lower third of the oven and heat oven to 325 degrees F. Line an 8 by-8-inch square baking pan with foil so it hangs over the edges by about 1 inch.

For the crust: Lightly butter the foil with some of the melted butter. Stir the rest of the butter together with the crumbs, sugar, and salt in a medium bowl. Press the crumb mixture evenly over the bottom of the pan. Bake until golden brown, about 20 minutes.

Meanwhile, make the brownie. Put the butter and chocolate in a medium microwave safe bowl. Melt in the microwave on 75 percent power for 2 minutes. Stir, and microwave again until completely melted, about 2 minutes more. Alternatively, put the butter and chocolate in a heatproof bowl. Bring a saucepan filled with 1 inch or so of water to a very slow simmer; set the bowl on the pan without touching the water. Stir occasionally until melted. Stir the light brown and white sugars, vanilla and salt into the melted chocolate. Add the eggs and beat vigorously to make a thick and glossy batter. Add the flour and stir until just incorporated.

Pour batter into the prepared pan. Bake until the top is crispy and a toothpick inserted into the middle comes out mostly clean, with a few crumbs, about 40 to 45 minutes.

Remove from the oven and cover with marshmallows and reese's cups. Put back into oven for approximately 5 minutes. You just want to melt the marshmallows a little. To long in the oven and they will get crunchy. After brownies are cooled pull out of pan and pull foil off the sides. Melt peanut butter until thin in either the microwave or small saucepan over medium heat. Drizzle over brownies. Cut and serve. 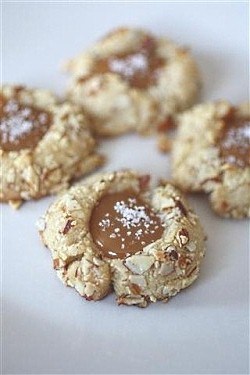 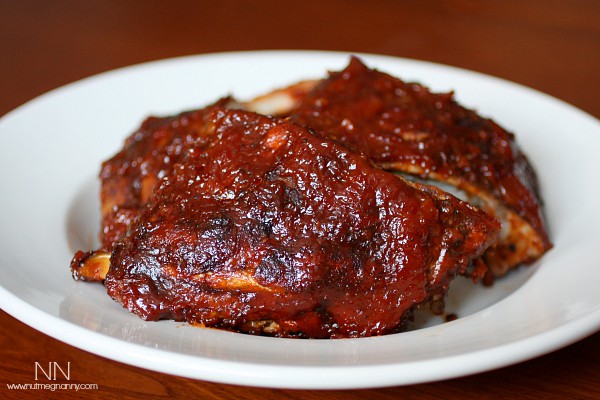 […] Chocolate Reese’s Peanut Butter Cup S’mores Brownies from Nutmeg Nanny. . . I wish it was a pool, and I could swim in it. […]

100 S'Mores Recipes | Cravings of a Lunatic

This looks delicious! i was wondering if i could use i box of brownies ( of course it would taste as good) instead of making them from scratch

I think a box of brownies would work fine! A lot easier :)